Double podium in the dunes of Zandvoort 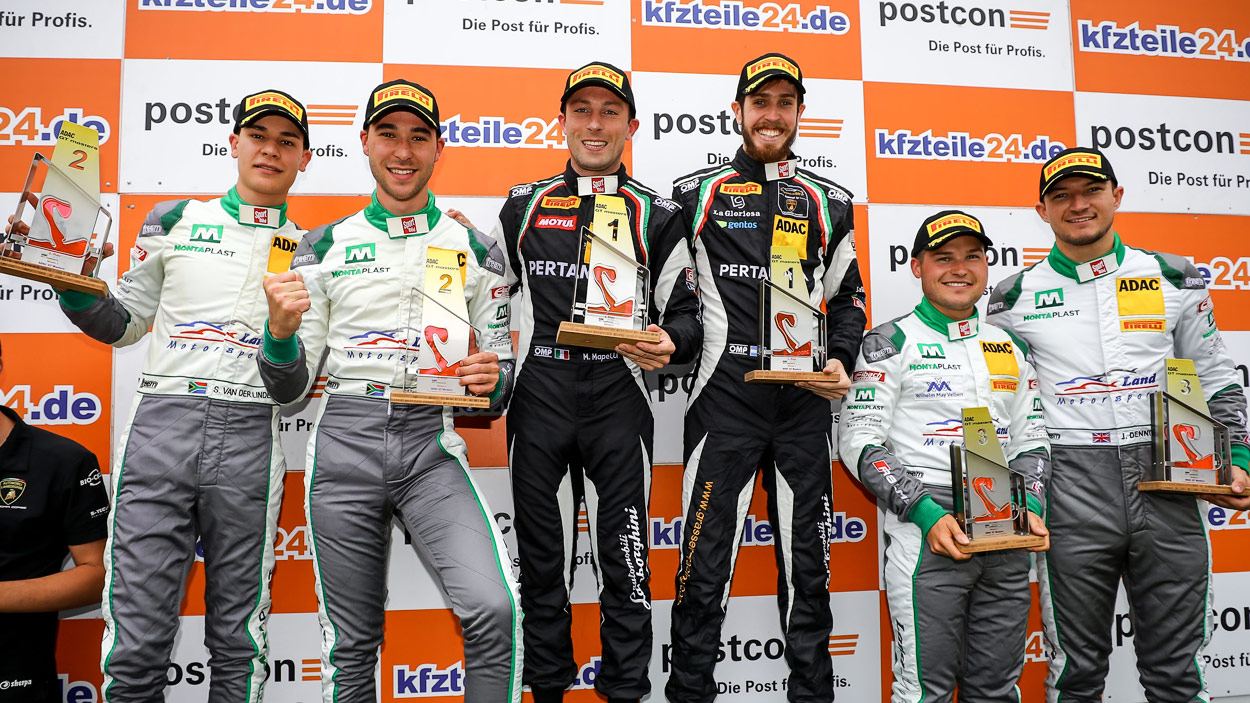 Back on the podium in the ADAC GT Masters: After taking second and third position in the ninth race of the season, the team of MONTAPLAST by Land Motorsport drew an end to its dry spell in the Champions League for GT cars.

“This result has done us the world of good,” said Team Principal Christian Land, clearly relieved. “We scored a podium finish at the start of the season, but since then we’ve had a tough time. But now we’re back on the podium. All of the hard work has paid off and I’d like to thank everyone who has helped us to get here.” The key to the double podium was an outstanding performance in qualifying. Jake Dennis/Christopher Mies and Sheldon and Kelvin van der Linde qualified in third and fourth, locking out the second row on the grid. In the race itself, both cars moved up one position at the start and maintained their advantage for the remainder of the race. After 60 minutes of hard racing, the van der Linde brothers’ car crossed the line just a couple of tenths of a second behind the victor. Mies and Dennis finished shortly afterwards in third, completing an impressive weekend for the team. In the tenth race of the season on Sunday, the Niederdreisbach-based team had a far more difficult starting point to contend with. The pair of MONTAPLAST Audis would start the race from 15th (Kelvin van der Linde) and 17th (Christopher Mies). “That’s a tough situation on any circuit, but particularly here at Zandvoort where there are barely any overtaking opportunities,” Christian Land said. The team’s focus switched to the junior classification, where Sheldon van der Linde is fighting for the championship. Thanks to an eleventh-place finish in the overall classifications and sixth position in class, the 19-year-old gathered important points in the title battle. The young South African now trails the championship leader by just 5.5 points, with four races remaining in the 2018 season.

The next opportunity to score points comes on 7 to 9 September, when the ADAC GT Masters visits the Sachsenring.