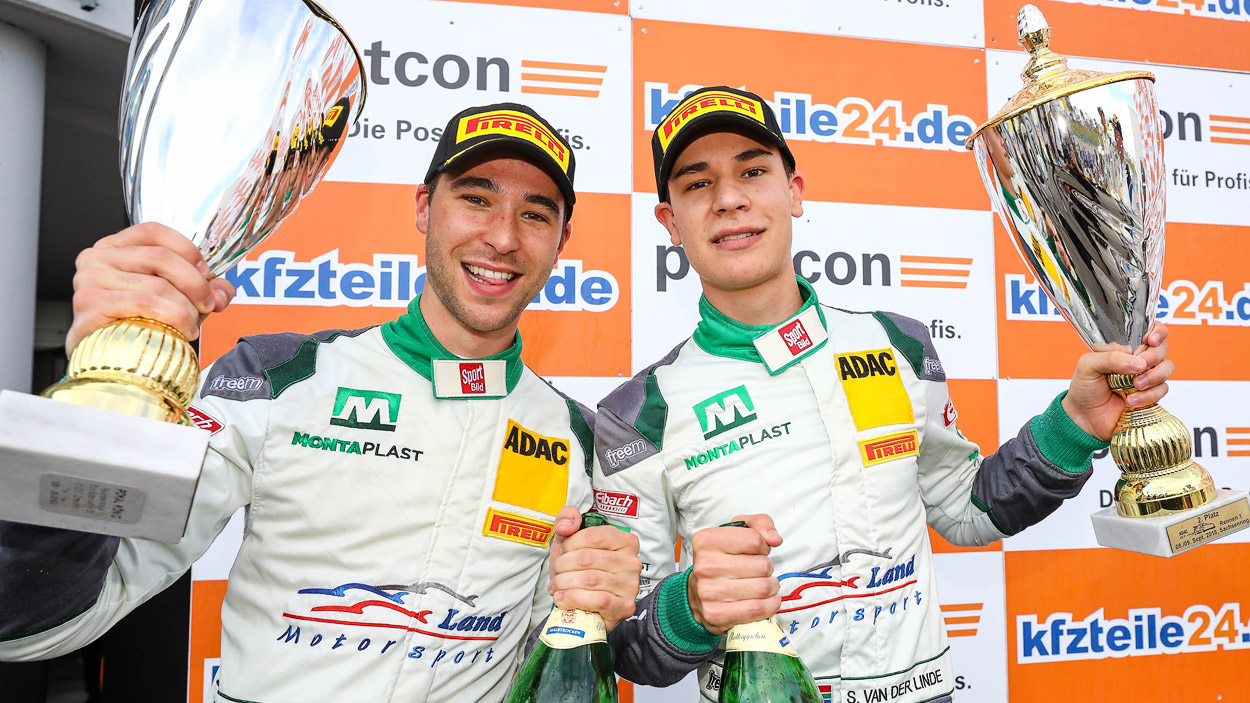 The MONTAPLAST by Land-Motorsport team secured a double points finish at the penultimate round of the ADAC GT Masters at the Sachsenring. Sheldon and Kelvin van der Linde finished second in both races of the weekend, in front of an impressive crowd of over 20,000.

“We are so proud of our guys,” said Team Manager Christian Land. “Today’s performance showed that the boys are genuine championship contenders moving forward. Sheldon was also able to take the lead in the Junior classification thanks to his two strong finishes, so we have many reasons to celebrate this weekend.” The South African brothers have put together an impressive string of results in the second half of the season, scoring a total of 54 points over the past four races. What’s more, with 89 points the two Audi drivers are just three point behind the third place and just twenty points short of the championship leaders before heading to the season´s finale.

Starting from second on the grid in race one, the two brothers safely maintained their position with the front-runners to score their first of two podiums. “The race was straightforward for us,” said Sheldon van der Linde. “We started in second and were able to maintain that spot for the whole race. There wasn’t really anything else we could go, but I am still happy with the result. The battle for the lead was significantly more exciting on Sunday. In the final three laps of the race, the 19-year-old attacked the leader on several occasions and crossed the finishing line just 0.317 seconds behind the winner.

The second Audi R8 LMS GT3 driven by Christopher Mies and Alex Riberas also played its part in a successful weekend for the Rhineland-Palatinate-based team. In race one, the new teammates managed finish among the leading pack in ninth. In the second race of the weekend, the German-Spanish pairing were just as strong, with Alex Riberas proving to be a worthy replacement for full-time driver Jake Dennis. The duo finished in tenth position and took home another three points for the team. The sister car hadn’t begun the race with much hope of a good placing, after qualifying back in 30th. The race was interrupted by numerous yellow-flag phases as well as a red flag, which didn’t exactly make the challenge much easier. However, the MONTAPLAST-pair kept a cool head and put in an excellent recovery drive to move up the field.

The finale of the 2018 ADAC GT Masters season takes place in Hockenheim from 21 to 23 September.