Full of enthusiasm to Sachsenring 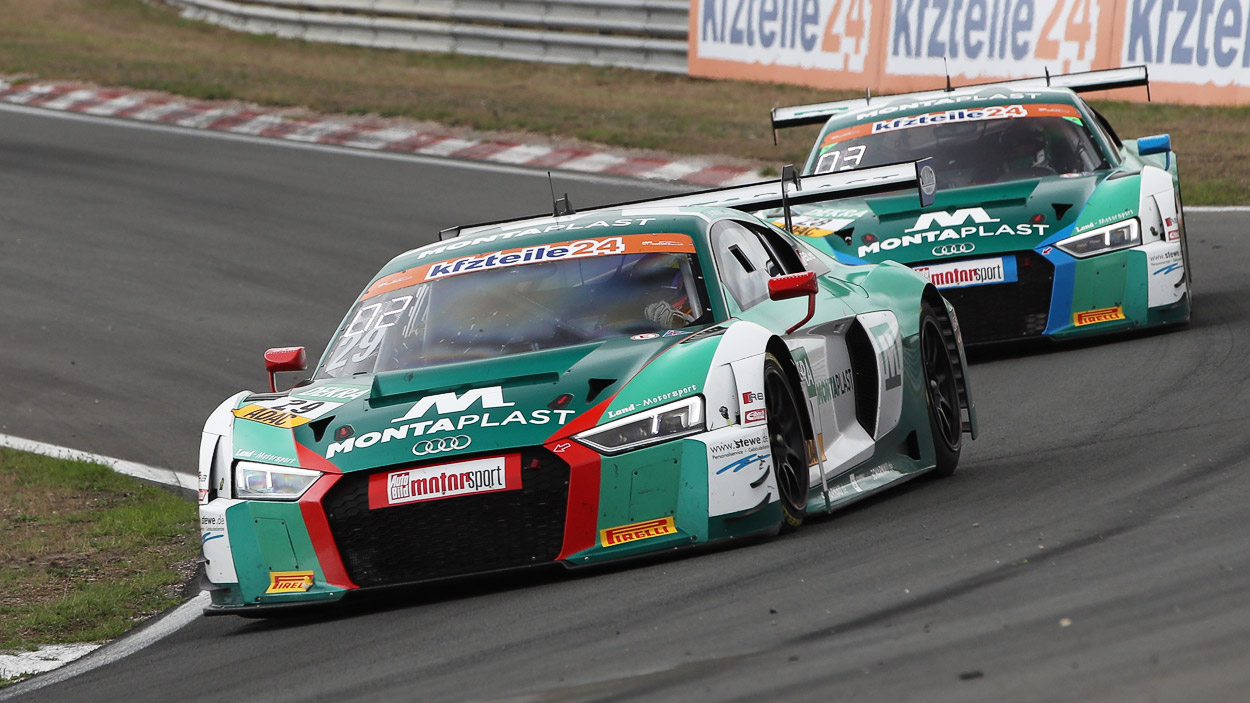 Following Zandvoort’s double podium, the MONTAPLAST by Land-Motorsport team is set to continue their upward trend at the Sachsenring. The penultimate ADAC GT Masters round in Hohenstein-Ernstthal is scheduled for 7 to 9 September.

The Westerwald team travelling to the Sachsenring is full of confidence. “After that liberating Zandvoort podium and the great VLN performance on the Nürburgring, where we were in the lead until the failure, we’re really looking forward to the coming race”, says the optimistic team manager Christian Land with regard to the approaching weekend. The challenging Hohenstein-Ernstthal track has been a good hunting ground for the Niederdreisbach squad in the past, with the pole position and the victory from Christopher Mies and Connor de Philippi in 2017 as one of the highlights.

The brothers Sheldon and Kevin van der Linde have their sights set again on another top position with the Audi R8 LMS GT3. Together, the two South Africans rank seventh in the overall classification. The 19-year-old Sheldon van der Linde is also battling for the lead in the Junior class, where he has excellent prospects with just a 5,5 point gap to the frontrunner. Christopher Mies, as well as newcomer Alex Riberas in the sister car #29’s cockpit, are both heading for the season’s 11th and 12th races with high hopes. “I can’t wait to take off with Chris at the Sachsenring”, says the Spaniard full of enthusiasm. “I’m very grateful for this opportunity and will give my all for a successful weekend.”

Fans should take note of a new start time on Saturday. The eleventh ADAC GT Masters race doesn’t begin until 15:00, however Sunday sees the lights go green as usual at 13:05. TV channel Sport1 will be broadcasting both races live.