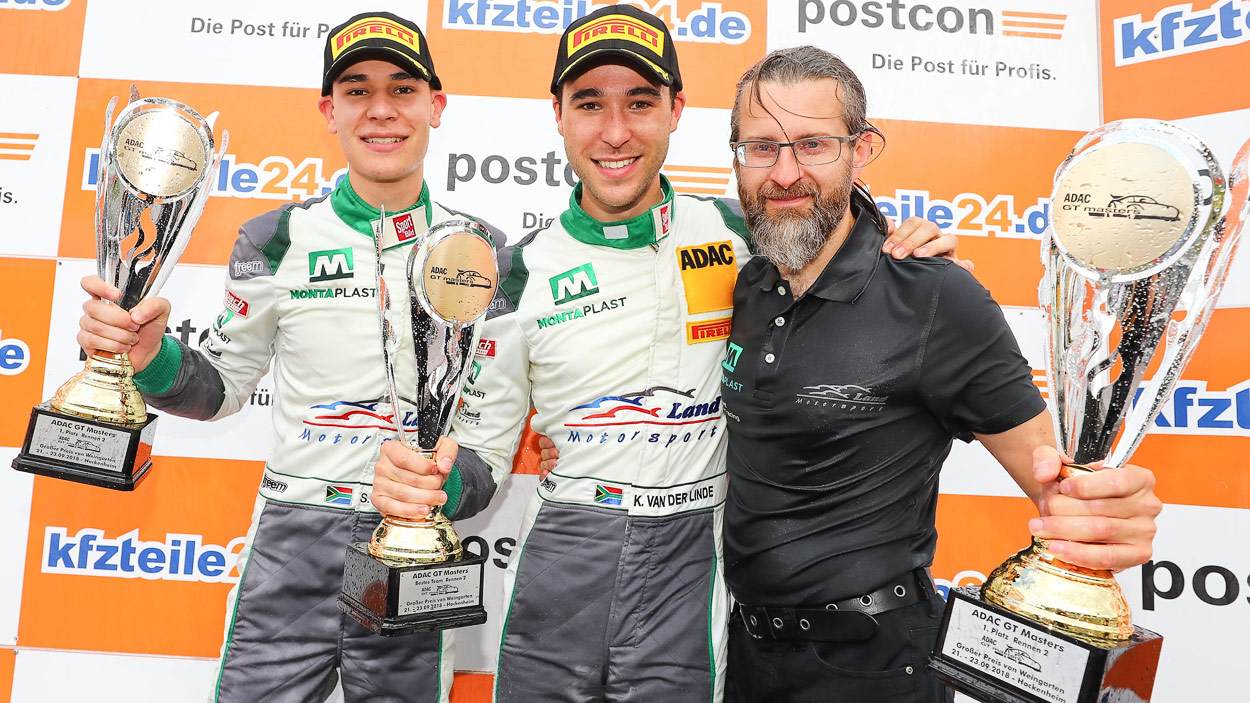 Winners in the finale, but in the end Sheldon and Kelvin van der Linde lacked one single point to win the ADAC GT Masters 2018 title. The siblings’ third place on Saturday and victory on Sunday provided sheer excitement up until the very last second at the Hockenheimring showdown.

After 14 races, the MONTAPLAST by Land-Motorsport team can be very proud of their vice-championship title and their Junior classification win.

“We have absolutely nothing to be ashamed of. The boys gave everything they had right up to the very end”, said team manager Christian Land. It was a season finale fit for a mathematical genius – four cars from four different teams all had realistic chances of winning before the last two races on the 4,5 kilometres track. And the two Audi drivers were smack in the middle. On Saturday, the four title contenders finished the qualifying and also the first race together in only slightly altered order. The South African brothers from the MONTAPLAST by Land-Motorsport team defended their podium position and a lead of 0,375 seconds in a relentless pursuit until the finish.

The duo proved their unbreakable fighting spirit once again in the last race of the season and despite the partially wet asphalt, they secured a third in qualifying after a masterly performance. This fighting spirit continued unbroken and was rewarded with victory in the last race. After crossing the finish line in first place, it was a mere point that separated Sheldon and Kevin van der Linde from the overall win. “We did everything we could to stand on top at the end of the season. Sadly, it wasn’t quite enough”, said Sheldon van der Linde. All in all, the driver pair scored 136 points in 14 races. At the last two weekends, they climbed onto the podium in all races, landing twice in first place.

In one competition, Sheldon van der Linde couldn’t be stopped – the 19-year-old clinched the title in the Pirelli Junior classification. Despite increasing form in the last third of the season, the second MONTAPLAST by Land-Motorsport crew with Christopher Mies/Jake Dennis didn’t reach the finish on Saturday or Sunday.