Title-decider at the Hockenheimring awaits 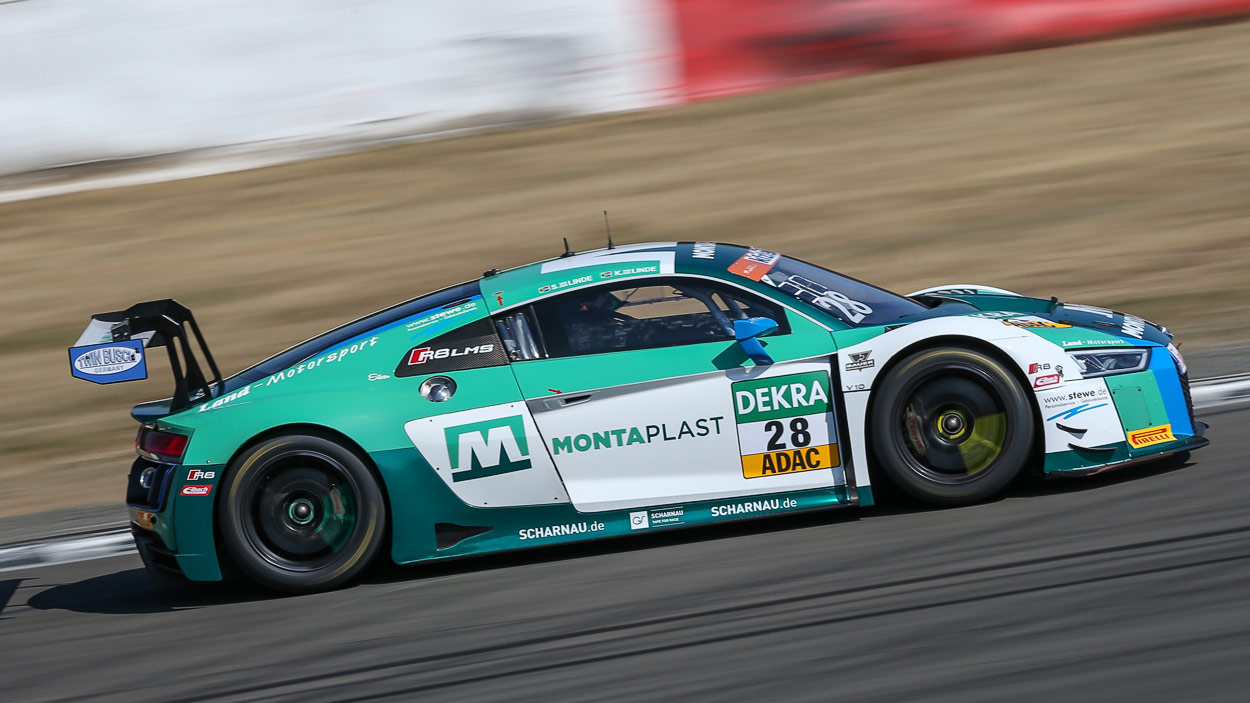 The Hockenheimring is set to play host to the final race weekend of the 2018 ADAC GT Masters season. Four different teams with four different cars have a realistic chance at title glory. One of those is the MONTAPLAST by Land-Motorsport crew of Sheldon and Kelvin van der Linde.

“It’s still wide open”, said Kelvin van der Linde. “Before the Sachsenring weekend we were 50 points behind the leaders; now that gap is only 13 points. We have a great chance of fighting for the title this weekend.” Recent performances from the driver pairing speak for themselves: After having gathered 35 points in the first eight races, Kelvin and Sheldon bagged a further 61 points in just two race weekends in Zandvoort and at the Sachsenring. No other team can boast a better recent points haul. What’s more, the MONTAPLAST by Land-Motorsport squad have a good track record at the Hockenheimring: In 2017, the team secured two podiums and both cars finished within the Top 10.

Team Principal Christian Land believes in his team and his two young drivers: “We can’t wait for the season finale. Sheldon and Kelvin have performed excellently over that last few races and gained a great deal of ground on the championship leaders. If they continue their form into the Hockenheimring weekend, anything is possible. The ADAC GT Masters field is extremely close this year – anything can happen. We will certainly be giving our all and be in full-on attack mode.”

Sheldon van der Linde does already hold the advantage in another competition: the 19-year-old leads the Junior classification by about 30 points. Something will have to go significantly wrong this weekend for the young South African to relinquish his lead. In the Team Cup, the Wolfgang Land-led crew is also in touch with the Top 3 – thanks in no small part to the points gathered by Christopher Mies and Jake Dennis in the second Audi R8 LMS GT3.

The lights at the Hockenheimring go green on Saturday at 3:00 pm and Sunday at 1:05 pm. Both races will be broadcast live on Sport1.