At the start in Laguna Seca 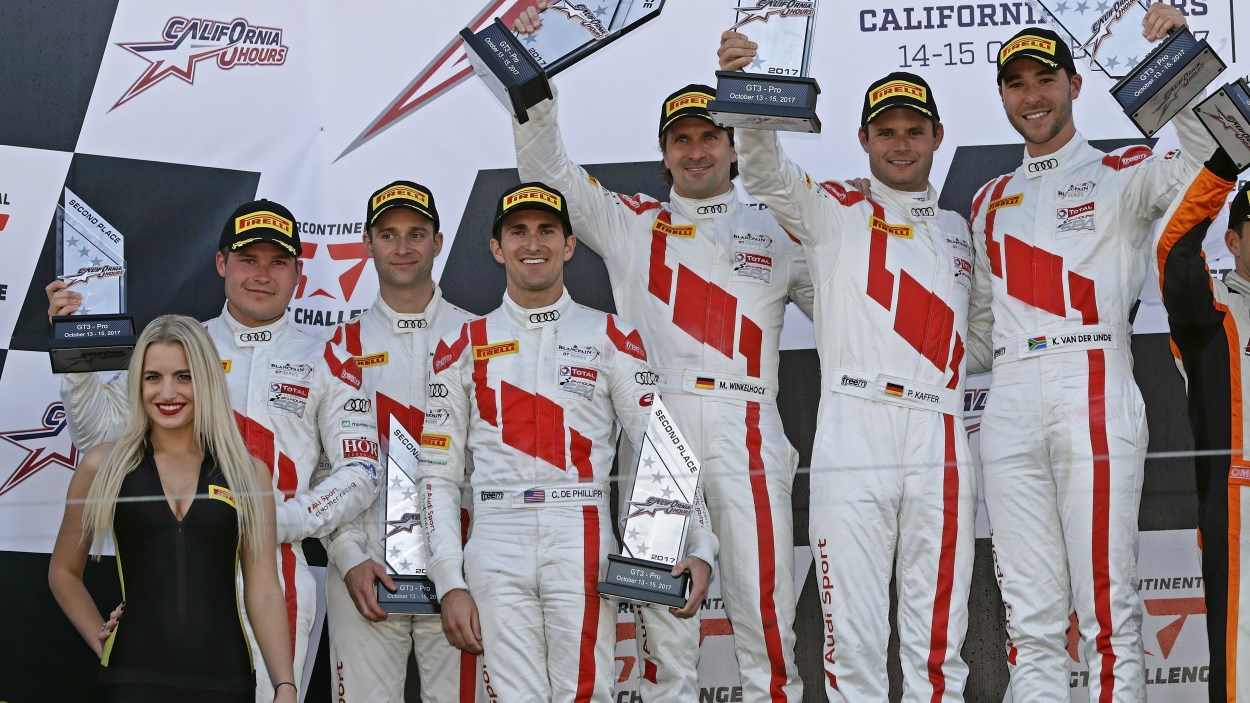 From 26 to 28 October the Audi Sport Team Land will compete in the final of the Intercontinental GT Challenge. The Audi R8 LMS GT3 will be shared by the German Audi Sport pilots Christopher Mies and Christopher Haase. Kelvin van der Linde will complete the lineup.

All three drivers have been racing at the Intercontinal GT Challenge race at the Laguna Seca Raceway in 2017. Especially South African van der Linde has good memories about this race: Together with his team mates he secured first place. But also the German duo has already shown that they can be fast at Laguna Seca. In 2017 they finished second together with the Audi Sport Team Land.

Christopher Haase is not only fighting for the win but also for the driver´s championship. Before the final race of the season the 30-year-old is only 18 points behind the leader. 25 points are awarded for a victory at Laguna Seca so Haase still has every chance to win the title.