Bitter end despite chances of victory at 24-hour race 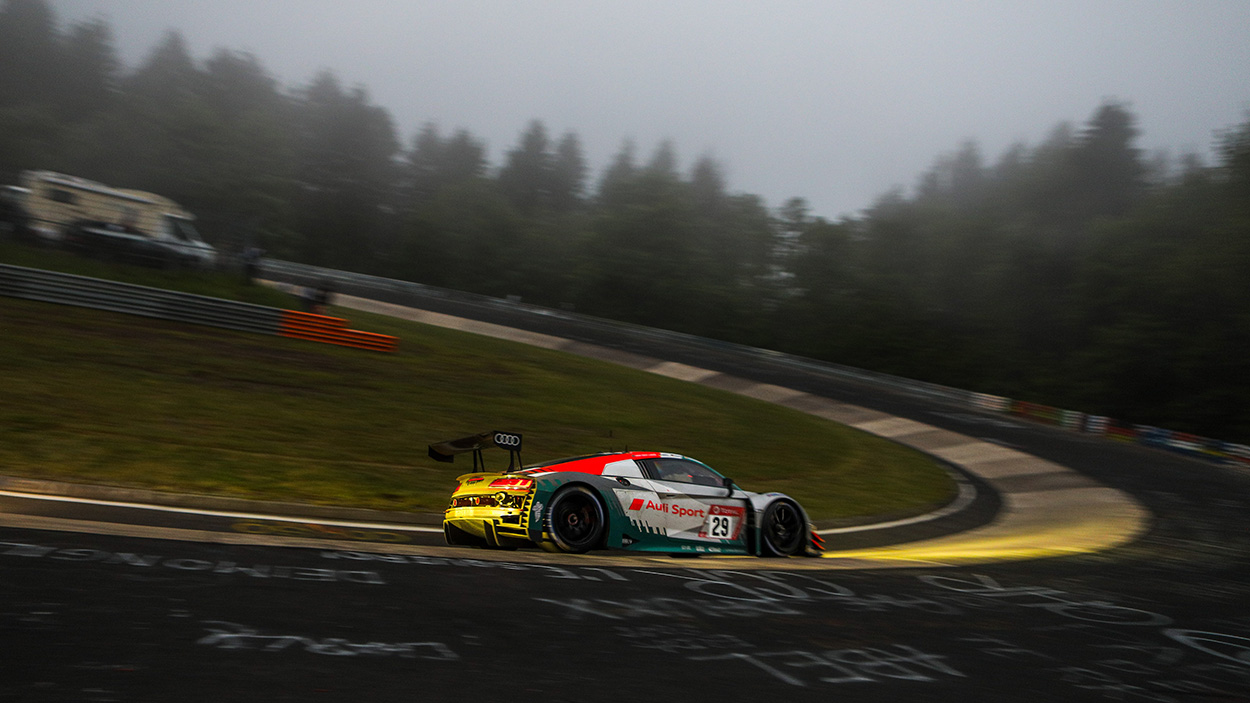 “This race had it all – in every respect,” summarises team manager Christian Land. “We entered the event with four absolute top drivers and a highly motivated crew. But given the conditions we experienced this year, it was not possible for us to convert our potential into a top result as well.”

Chances for a top result were initially high: After a 14-hour race interruption due to fog, an enthralling battle for victory broke out – the number 29 Audi R8 LMS GT3 being in the thick of it. Both Christopher Mies and Kelvin van der Linde showed their fighting spirit and held their ground in the leading field. The strategists in the pits, meanwhile, mastered the challenges that the changeable Eifel weather posed.

What was missing, despite sound strategy and fast pace, was luck: One and a half hours before the chequered flag, van der Linde had to retire due to an accident at the Hohe Acht section of the track. “Up to that point, we did everything right,” Christopher Mies knew. “Victory was within our grasp, I have no doubt about that.”

Christian Land expressed consolation and, above all, gratitude despite the disappointing finish: “I really wanted the team to score a podium. Everyone fought hard and gave their best – and that even though conditions were anything but easy. Heartfelt thanks go out to our team, Audi Sport as well as all of our partners for their support.” 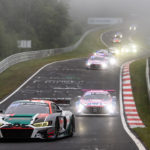 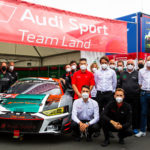 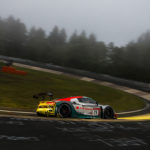