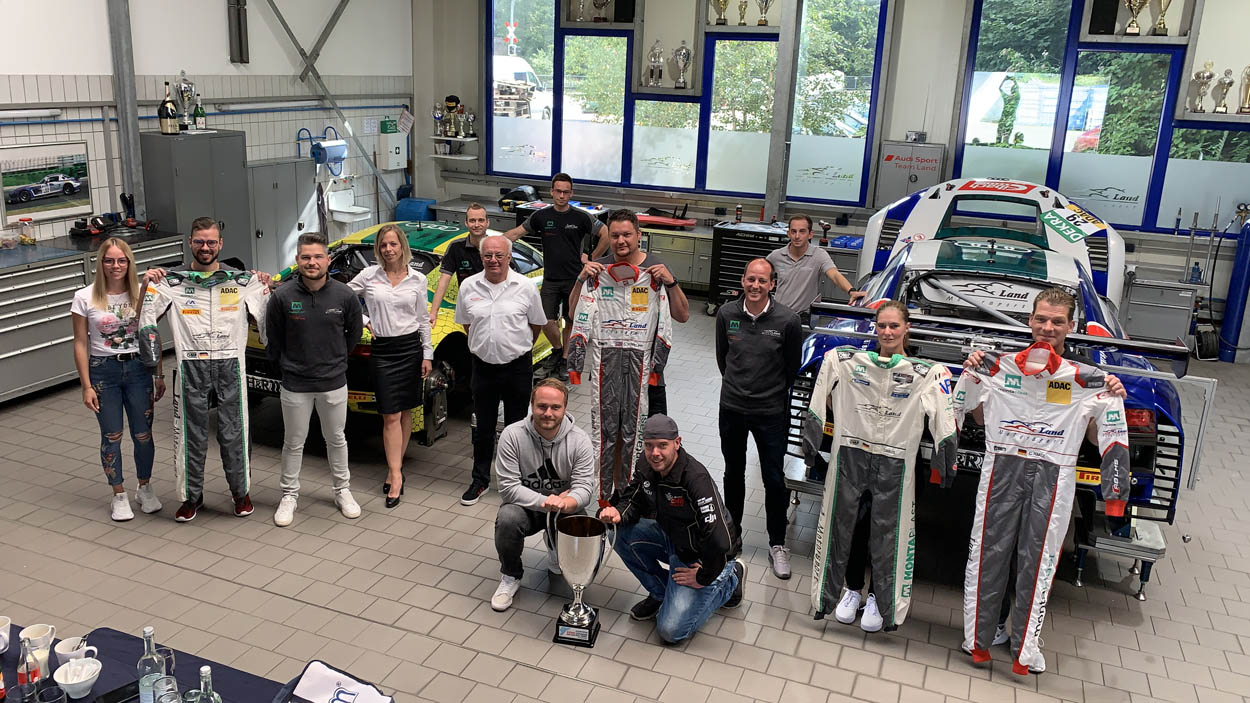 In order to raise money for the flood disaster victims in the Eifel, Land-Motorsport auctioned unique souvenirs from the team’s history. Result is a contribution of 7,500 Euro, happy winners and a day that won’t easily be forgotten.

“Let’s first say a big thank you”, says Christian Land. “It soon became clear, that we, as a racing team, also had to help as best we could. We owe this to the region surrounding the Nürburgring and we’re really thrilled about the positive feedback. Highlight was handing over the souvenirs personally in our Niederdreisbach workshop.” 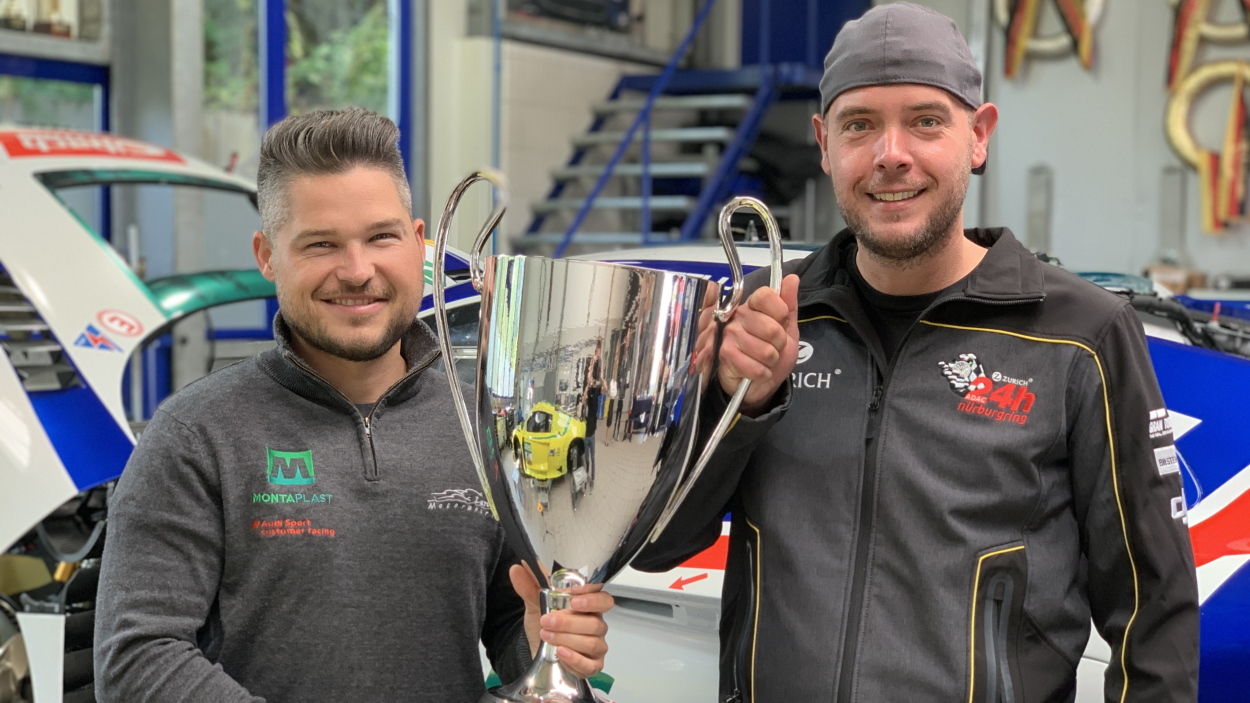 Five auction winners and their relatives thoroughly enjoyed the event at the beginning of September. In addition to the actual handing over, Wolfgang Land gave an exclusive tour of Land-Motorsport’s ‘sacred halls’. And the crew provided delicious barbecue snacks and made sure no one went hungry!

However, none of the motorsport fans were reckoning with an on-site surprise: Christopher Mies and Christopher Haase appeared unexpectedly at the event to sweeten the visitors’ day. The two Pros chatted about their previous season, and everyone enjoyed Bratwurst, Coke and potato salad.

To top up the proceeds from the auctions of around 3,750 Euro, Team Land-Motorsport doubled the amount. So now 7,500 Euro will go to the #WirFuerDieEifel campaign.