Gearing up for the eighth round of the VLN 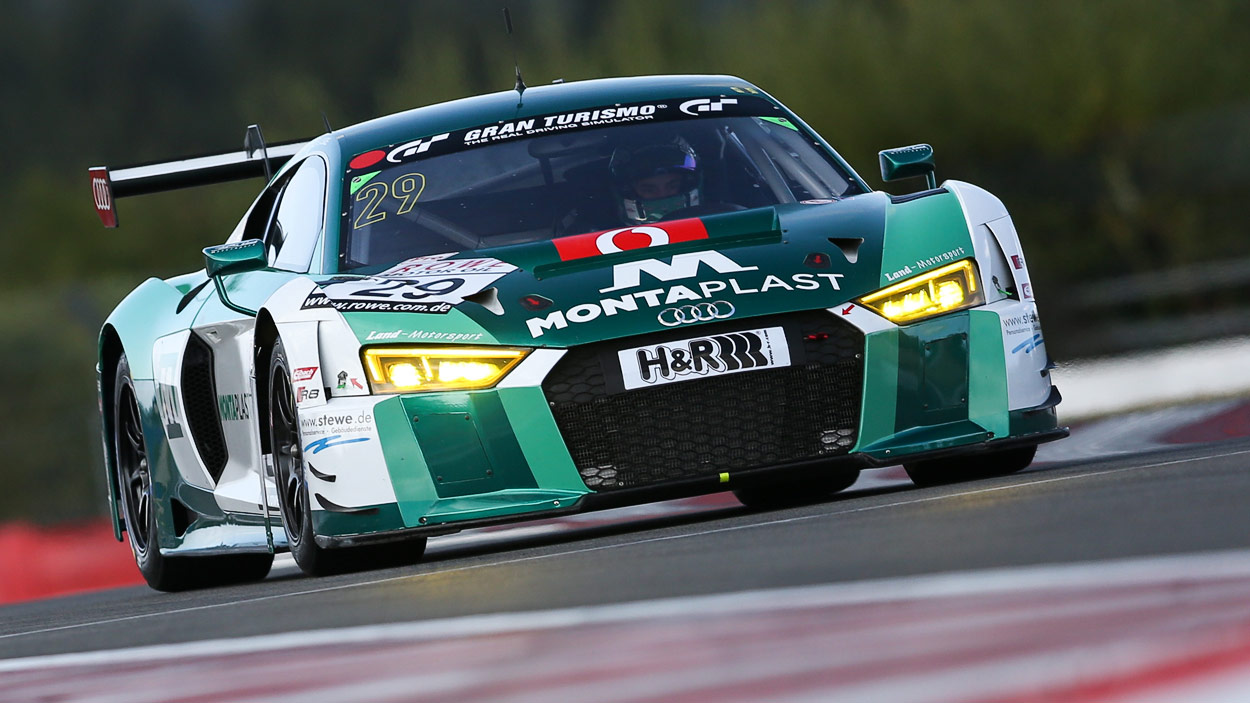 After MONTAPLAST by Land-Motorsport missed the victory at the last VLN race due to bad luck, the team return to the Nürburgring for the penultimate race of the season. This weekend Sheldon van der Linde will be partnered by Christopher Mies.

The duo have already raced together this season, just missing out on a podium in the first round of the VLN in their Audi R8 LMS together with Kelvin van der Linde. This time van der Linde and Mies are targeting the rostrum.

2018 marks the 50th running of the Barbarossapreis, a race that the Niederdreisbach-based team have fond memories of. In 2017, the MONTAPLAST duo Dries Vanthoor and Markus Winkelhock took the win here, in what was Vanthoor’s maiden race in GT3 machinery. Partnerning up with Nürburgring expert Winkelhock paid dividends, and the 19-year-old Belgian became the youngest VLN winner in history. It was also Winkelhock’s maiden victory in the endurance series.

After the race, Mies and van der Linde will be hot-footing back over to the States to continue the team’s US racing programme. The next race on the MONTAPLAST by Land-Motorsport calendar is the Motul Petit Le Mans. The US endurance classic takes place on 11 to 13 October at the Road Atlanta circuit in the US state of Georgia, where the driver pairing have already been testing in recent weeks.

The penultimate race of the VLN season begins at 12:00 pm on Saturday 6 October and will run for four hours. If you cannot make it to the circuit to follow the action on-track, you can keep up to date with the race via the series’ official live stream.