Early retirement in the VLN 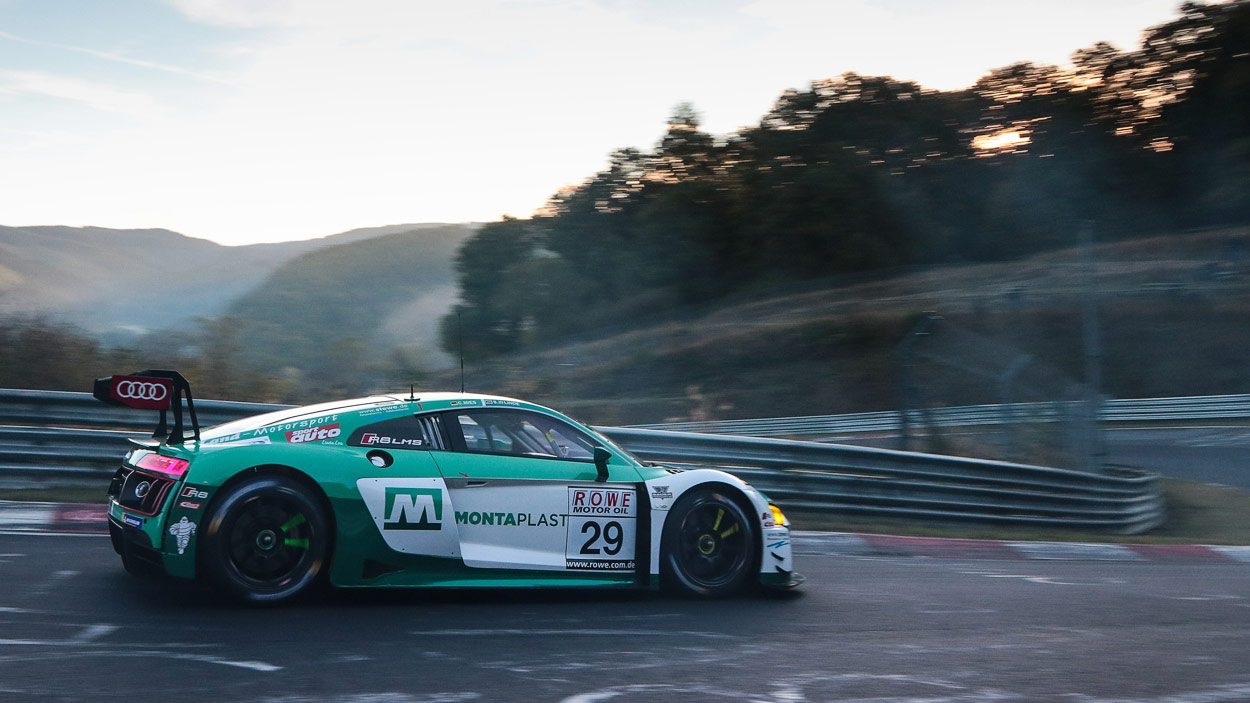 The eighth round of the VLN endurance series at the Nürburgring Nordschleife didn’t go entirely to plan for the MONTAPLAST by Land-Motorsport team. After suffering tyre damage on lap one, Christopher Mies and Sheldon van der Linde fought their way back through the field, but another tyre issue forced the Audi team into early retirement.

“It was a weekend to forget for us,” said Team Principal Wolfgang Land. “We have been plagued by issues ever since free practice. But our pace throughout the weekend was very good. It’s a shame we weren’t able to convert that into what would have been a well-earned solid finish.”

Race day did not begin in the best way possible, after the team missed most of qualifying due to transmission damage. The team’s mechanics put the gearbox back together in record time to ensure that Christopher Mies was able to take to the grid on time.

However, the bad luck continued into the race. On lap one, Mies was forced to pit with tyre damage. Mies and his teammate van der Linde then fought their way back through the first starting group into the top order. Bad luck then struck again, with a second case of tyre damage forcing the green and white Audi R8 LMS GT3 into the pits and retirement at the halfway point.

The season is far from over for the Niederdreisbach-based team. The next race on the schedule for MONTAPLAST by Land-Motorsport is the season finale of the IMSA series in the US at Road Atlanta from 12 to 14 October. The team will also be competing in the final round of the VLN at the Nürburgring on 20 October.