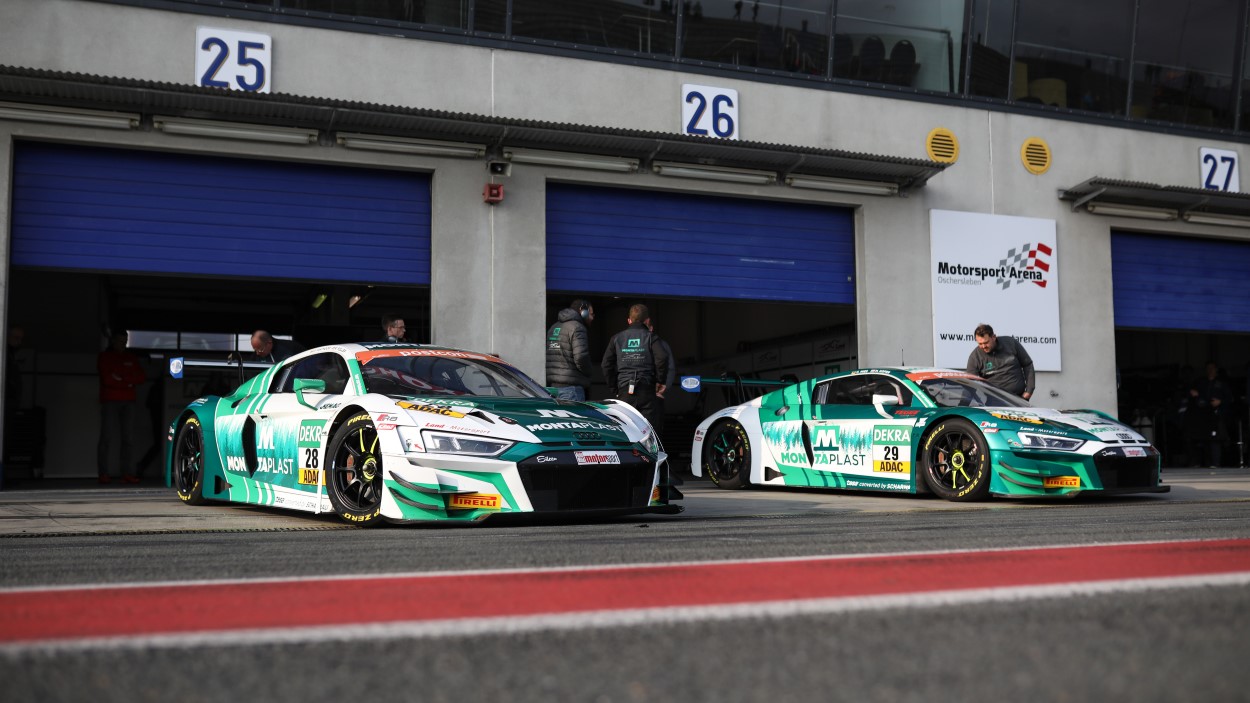 The MONTAPLAST by Land-Motorsport team is heading for the ADAC GT Masters season-opener in Oschersleben, where the new crew Christopher Mies/Max Hofer and Dries Vanthoor/Ricardo Feller will be battling for the title again.

The Motorsport Arena Oschersleben is the traditional venue for the season’s first two ADAC GT Masters races and as in previous years the official preliminary test took place in the Magdeburger Boerde – with a very promising result for the MONTAPLAST crew. In a strong field of 30 cars, Dries Vanthoor achieved fastest time with the Audi R8 LMS GT3 #28 in the test sessions.

Wolfgang and Christian Land’s squad only narrowly missed the title in the 2018 season, when Kelvin and Sheldon van der Linde secured an overall second, just one point shy of a victory. The Audi team also ranked second in the team category. 2019 sees MONTAPLAST by Land-Motorsport fighting for the championship again – Christopher Mies and Land-Motorsport won the title in the team’s 2016 premiere year.

“We’re really thrilled that the ADAC GT Masters season is finally on the move”, said Christian Land. “We’ve put a powerful team together and the test at the beginning of April has already proved how fast we are. Competition will be as tough as last year’s, but we’re well-prepared.”

There’ll be two races per weekend again in 2019 – Saturdays and Sundays at 13:05. SPORT1 will be broadcasting both races live on TV. Livestream and live timing are also available online.