Strong weekend for Mies and Hofer 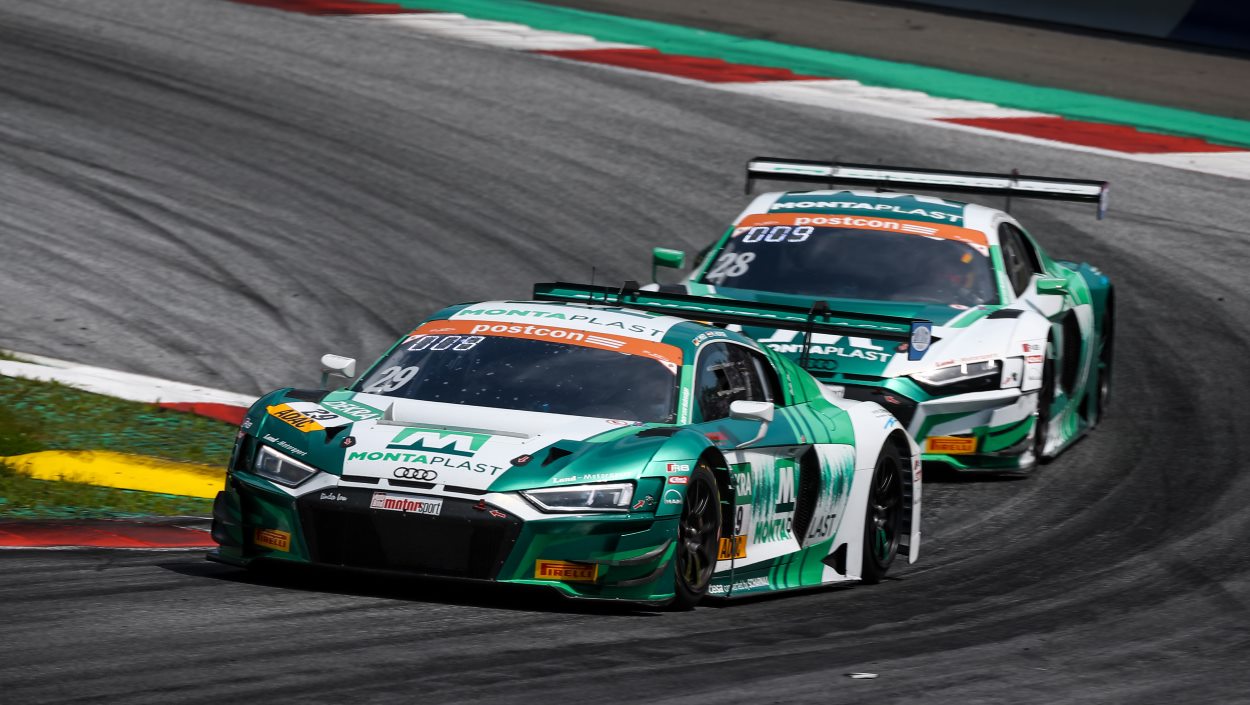 Solid points haul for some and bad luck for others: joy and sorrow were tightly intertwined during MONTAPLAST by Land-Motorsport’s third ADAC GT Masters weekend on the Red Bull Ring. Whilst Christopher Mies and Max Hofer scored good points with two sixth places, Dries Vanthoor and Ricardo Feller, despite being in promising form, nevertheless fell short of success with a twelfth place and a retirement. Local hero Hofer was also able to celebrate two podiums in the Junior class.

“Max and Chris did a fantastic job this weekend. They fought a tough battle in both races and carried off a big points haul”, said Team Manager Christian Land afterwards. “I feel sorry for Dries and Ricardo. They were in great shape too, but due to the two penalties, it was impossible for them to transform their strong performance into an outstanding result. That’s a real pity for the whole team, because originally we were hoping to finish on the podium.”

Hofer from Austria delivered a particularly strong performance in Sunday’s race. After team colleague Mies had created an excellent starting position with a grid ninth and kept a good pace in the race, the 20-year-old took the wheel in the second half. Fighting a duel with Mirko Bortolotti began successfully and the young Audi driver was able to defend himself against numerous attacks, but in the end, he had to relinquish his fifth position to the experienced Lamborghini driver. However the fight certainly proved his talent.

“I can be very satisfied with my home race”, Max Hofer concluded. “Standing on a home podium is a special feeling and I was lucky to be standing twice on the Junior rostrum in second place. So I wouldn’t mind at all, if things continued this way after the summer break.”

In comparison, Dries Vanthoor and Ricardo Feller in the sister car weren’t at all happy with their progress. Although the pairing’s sixth and seventh qualifying positions proved they had what it takes to reach the top, the grand reward didn’t materialize. Two penalties during the race meant there were just a twelfth place and a retirement on the books for the two MONTAPLAST drivers.

After three events, the ADAC GT Masters now goes into its summer break and the “League of Super Sports Cars” will be back in action two months later (9 to 11 August) at the Circuit Zandvoort. The 24Hours race on the Nürburgring (20 to 23 June) is scheduled next for Wolfgang and Christian Land’s squad and it will be one of the season’s highlights. 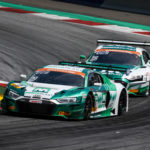 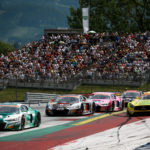 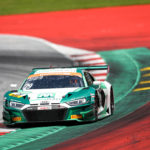 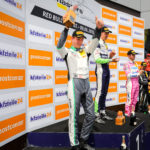