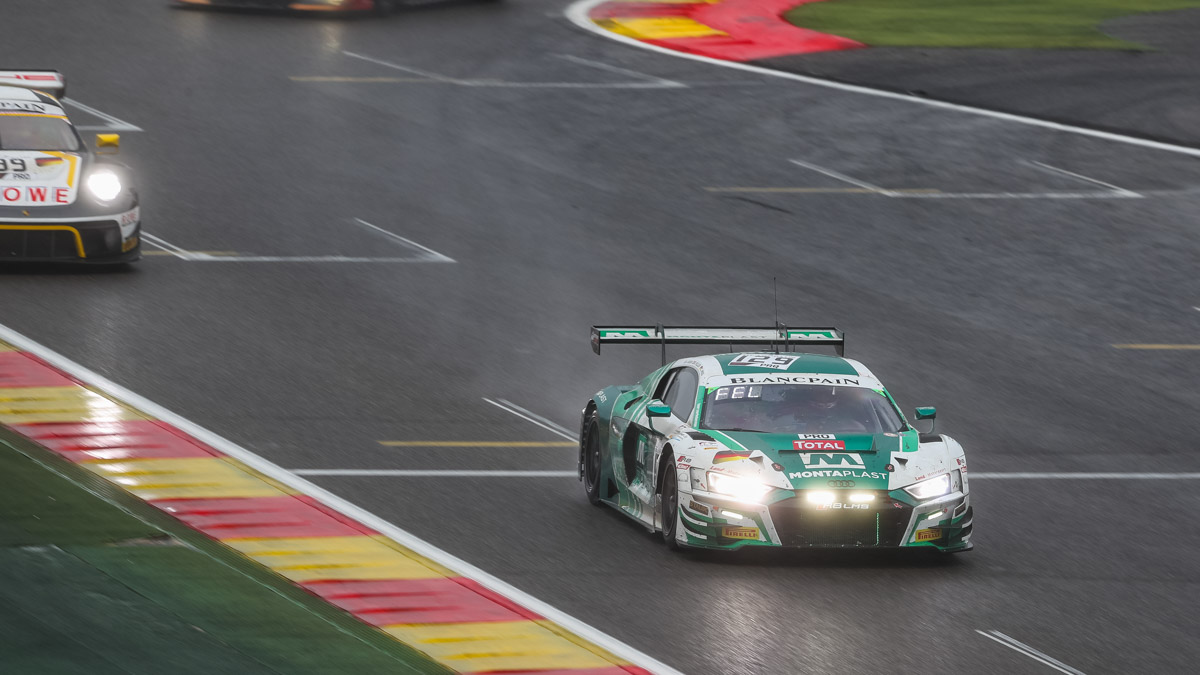 MONTAPLAST by Land-Motorsport came away from the 71st running of the 24 Hours of Spa with a 14th-place finish. In the largest GT3 field ever seen at the Ardennes endurance classic, Christopher Mies, Jamie Green and Ricardo Feller overcame many challenges and issues to bring the car home.

“That was one of the hardest races we’ve had in quite a while,” said Team Principal Christian Land. “We knew from the very start that it would be a really close battle at the head of the field. The constantly changing weather conditions made our job all the more difficult.”

Strong rain repeatedly swept over the Circuit de Spa-Francorchamps over the course of the 24 hours, making tyre choice absolutely essential. “Lots of rain, a bit of rain, no rain – it was changing by the minute,” said Christopher Mies. “We had to respond quickly to whatever the on-track conditions were.”

The 30-year-old and his two teammates Jamie Green and Ricardo Feller mastered the changeable conditions with their customary poise. However, drive-through penalties and other small issues kept costing the team positions. After a prolonged overnight deluge forced the organisers to red-flag and suspend the race until Sunday morning, the crew brought the MONTAPLAST by Land-Motorsport Audi R8 LMS GT3 safely home in P14.

The chequered flag brought the curtain down on one of the toughest races in recent memory for the Niederdreisbach-based team. The next date in the calendar is the ADAC GT Masters race at Zandvoort from 9 to 11 August.