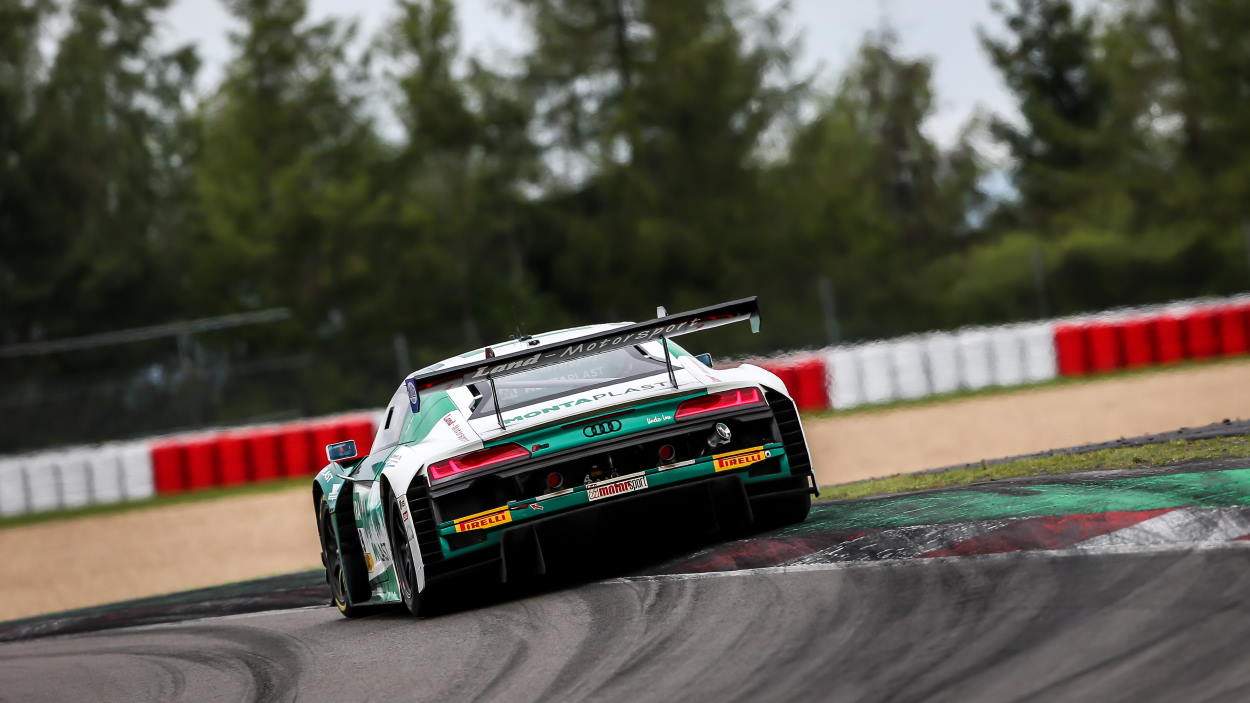 The ADAC GT Masters is entering the business end of the 2019 season. The penultimate race weekend is set to take place from 13 to 15 September at the Hockenheimring, and for MONTAPLAST by Land-Motorsport the target is to collect as many championship points as possible and secure a top 3 placing in the championship.

Christopher Mies and Max Hofer lie third in the championship in the #29 Audi R8 LMS GT3 with 97 points – seven points behind second and 47 behind the leader. “Realistically we don’t really have a chance of winning the title, but a lot can happen in motorsport,” said Team Manager Christian Land ahead of the race weekend. “We want to finish well whatever happens and gather as many points as possible in the process. Our aim is to be among the top three.”

The second MONTAPLAST duo, Dries Vanthoor and Ricardo Feller, are seventh in the championship after ten rounds of the season. They will be looking to return to the podium in Hockenheim and take their third podium finish of the year. Swiss driver Feller and his teammate Hofer also have their eye on the junior driver classification, where the Land-Motorsport drivers are in first and second with Hofer leading on 170 points and Feller with 147.

MONTAPLAST by Land-Motorsport have already shown on many occasions that the 4.574-kilometre track is a happy hunting ground. In 2018, the Niederdreisbach-based team finished third in Saturday’s race before taking the win on Sunday. Podiums were also forthcoming in both races the year before, then with Christopher Mies behind the wheel. In the past the Hockenheimring has played host to the season finale, but in 2019 that honour goes to the Sachsenring for the first time.

The penultimate race weekend of the ADAC GT Masters season begins on Friday, 13 September with the Free Practice sessions. Race one kicks off at 14:45 on Saturday, with the second race following on Sunday at 13:05. Both races will be broadcast live on SPORT1 as usual.