Positive trial at the Eifel 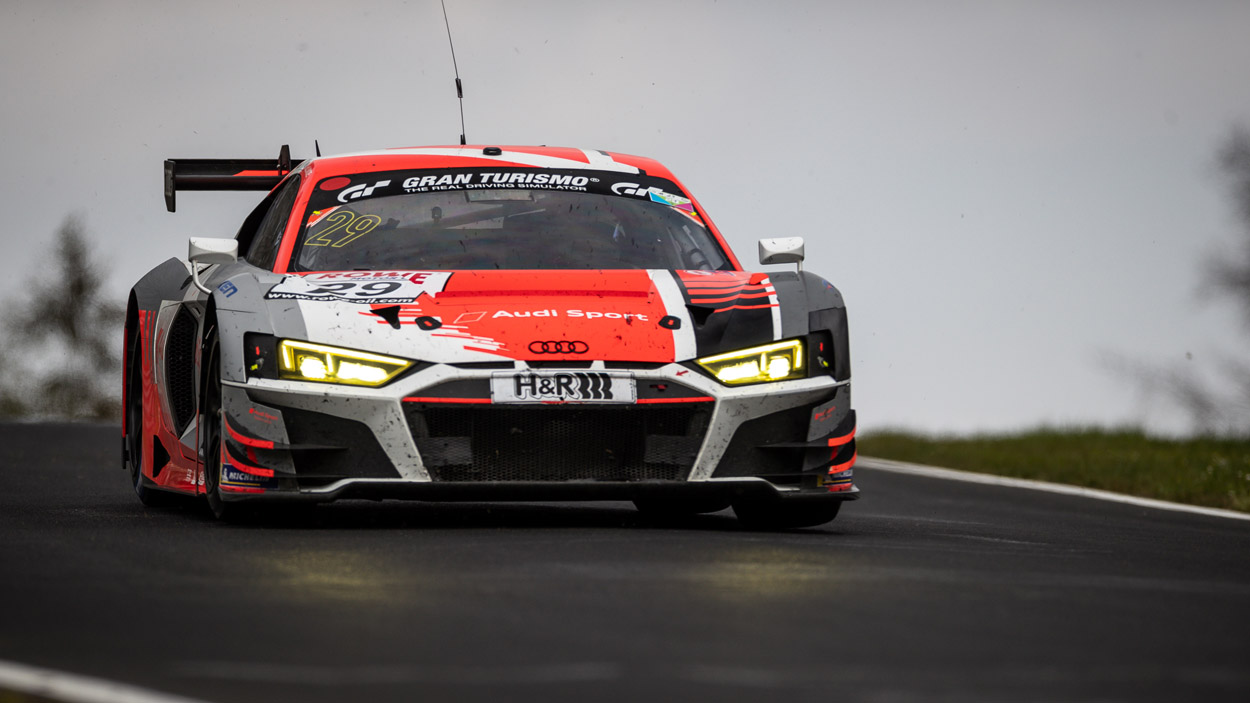 Finally back at the Green Hell: Around seven months after the last race in the fall of 2020, Audi Sport Team Land returned to the Nordschleife. During the four-hour Nürburgring Endurance Series race, the goal was to clock essential kilometres for testing and gather insight.

Which insights we gathered? One being that Christopher Mies, Kelvin van der Linde and Mattia Drudi did not lose a single bit of their fighting spirit during the winter break. Quite the opposite: The trio went on an impressive hunt through the field, continuously fighting their way from 21st place forward. The last stint saw Mies cross the finish line in fifth position.

The third run of the season, however, also underlined that competition around the world’s most demanding racetrack remains fierce. “You really saw that teams and manufacturers are preparing for the 24-hour race in June,” stated team manager Christian Land. “The high number of GT3 cars that competed also reflects that. 33 cars were entered, which, for an NLS race, is quite remarkable.”

Also remarkable were the numerous duels on track, such as the battle with former Land-Motorsport pilot Connor De Phillippi. The on-track fight between the BMW driver and Christopher Mies stood out as a particular highlight of the race, whetting fans’ appetites for more Nordschleife action in 2021.