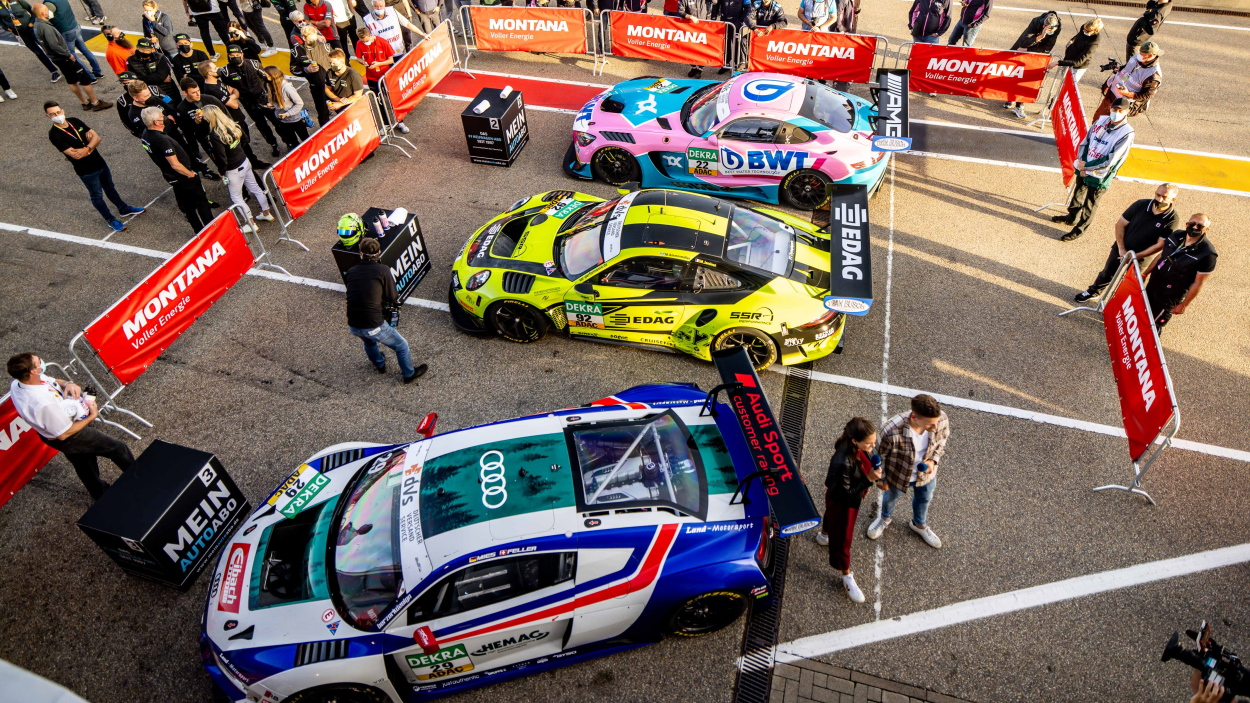 The 2021 ADAC GT Masters finale is coming up from 5 to 7 November at the Nürburgring. And it won’t be just the Eifel weather promising a lot of nail-biting tension: It’s a close contest in the championship as well. Our MONTAPLAST by Land-Motorsport duo Christopher Mies/Ricardo Feller is in the lead. Reason enough to summarize the showdown facts:

Driver standings: Theoretically speaking, the table’s top 7 all have a chance of winning the championship. Christopher Mies and Ricardo Feller are leading by four points ahead of Maro Engel/Luca Stolz (161 points). Mathieu Jaminet/Michael Ammermüller (148 points), Maximilian Buhk/Raffaele Marciello (139 points) and Mirko Bortolotti (131 points) follow in third, fourth and fifth position. A further 56 points are up for grabs at the Nürburgring.

Team and junior standings: It’ll be decision time in the Eifel here too. At the moment, Ricardo Feller is the best youngster and leads the junior standings with 237 points, closely followed by Kim-Luis Schramm and Dennis Marshall with 234 points and Igor Walilko in third place (196 points). We’re the hunters in the team standings before the finale, with a gap of just one single point to the leading GRT Grasser Racing Team.

Be there live: Spectators are allowed at the Eifel, so you can follow the title fight on site. And those who stay at home will also have plenty to enjoy: NITRO is broadcasting the finale live on TV from 14:30 on Saturday and Sunday from 15:00. In addition, there’ll be a German live stream on RTL+ and in English on the official ADAC GT Masters website. Lights go green for both races at 15:30.