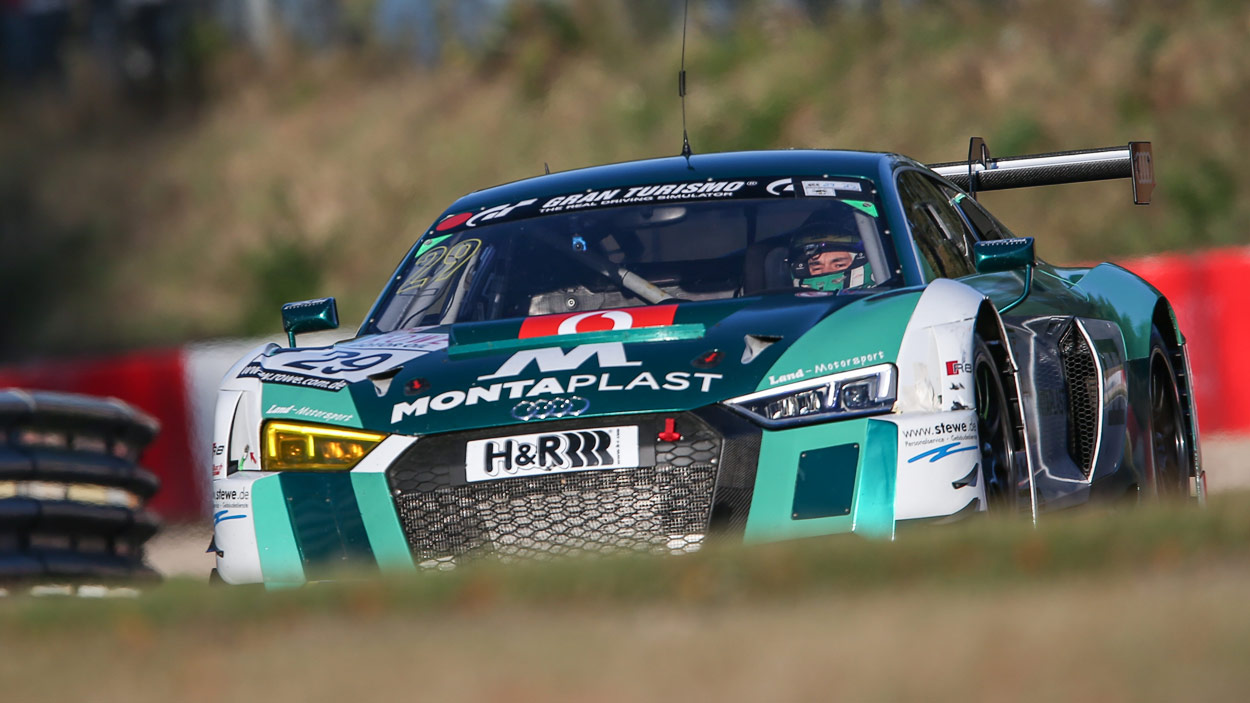 The final VLN race of the 2018 season is scheduled for 20 October at the Nürburgring. MONTAPLAST by Land-Motorsport will be at the start of the ninth race with two cars, including the newest version of the Audi R8 LMS. Drivers are Christopher Mies and Sheldon van der Linde, as well as Marcel Fässler and Frédéric Vervisch.

It will be the Niederdreisbach team’s first race with two Audi R8 LMS in the 2018 VLN season. Frédéric Vervisch and Marcel Fässler will be test-driving the 2019 Audi R8 LMS version at the 43. Münsterlandpokal. Together with Sheldon van der Linde, Fässler already took the wheel for MONTAPLAST by Land-Motorsport in the second round of the VLN.

With Christopher Mies, Sheldon van der Linde was also on the road in the Eifel region for the previous VLN race. However, tyre damage prevented a top position at the 50. ADAC Barbarossapreis and so the duo wants to finish the season with another podium in the SP9 Pro class.

The drive on the Nürburgring will be the MONTAPLAST crew’s next stop on their gigantic schedule: Before taking part in the VLN, the team had been at the US Petit Le Mans and after this Eifel event, the Audi team returns to America for the Intercontinental GT Challenge season’s finale in Laguna Seca.

The ninth endurance championship race begins at 12:00 on Saturday 20 October and as usual, it lasts for four hours. Watch the action live on the official website.