Positive testing but a disappointing result 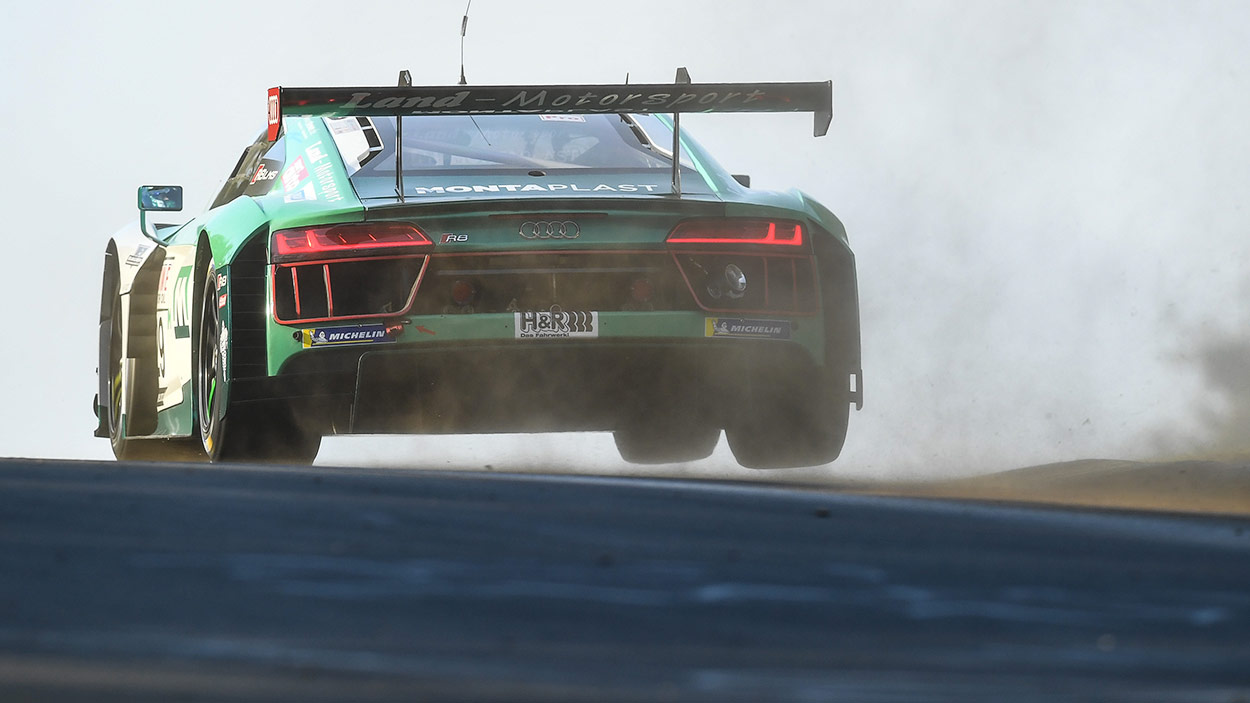 MONTAPLAST by Land-Motorsport entered the final race of the VLN season with a pair of Audi R8 LMS. The race provided a great opportunity to put the 2019 version of the new car through its paces. Lady luck once again deserted Christopher Mies and Sheldon van der Linde in the race, with the #29 car forced to retire while leading due to a technical issue.

An error-free race for the other Audi R8 LMS provided the Niederdreisbach-based team with plenty of data about the latest generation of GT3 car. Drivers Marcel Fässler and Frédéric Vervisch worked through their test programme without any issues.

“We are happy with the results of our testing so far”, said Team Manager Christian Land. “We were able to try out quite a few different things and work through the race without any issues. That’s all you can wish for from a test like this.” The day began promisingly for the Mies/van der Linde duo. After an outstanding qualifying performance, Sheldon van der Linde put their Audi on the front row of the grid in second. Christopher Mies matched his teammate’s pace in the race, moving quickly into the lead after a spectacular overtake. However, the 29-year-old was unable remain at the head of the field after a technical issue forced the Audi back into the pits and retirement.

“It was a bitter pill to swallow for Sheldon and Christopher”, explains Christian Land. “We had a great start to the race and were eyeing up the race win. But in the end things weren’t meant to be. This race was a reflection of our season in the VLN really. We have had the pace, but tyre damage or technical issues have meant that we have been unable to convert our performance into good results.”

Following their guest appearance in the Eifel Mountains, the MONTAPLAST crew will be returning to the US for their next race. The team will be competing in the Intercontinental GT Challenge at Laguna Seca from 26 to 28 October.