To Laguna Seca in top form 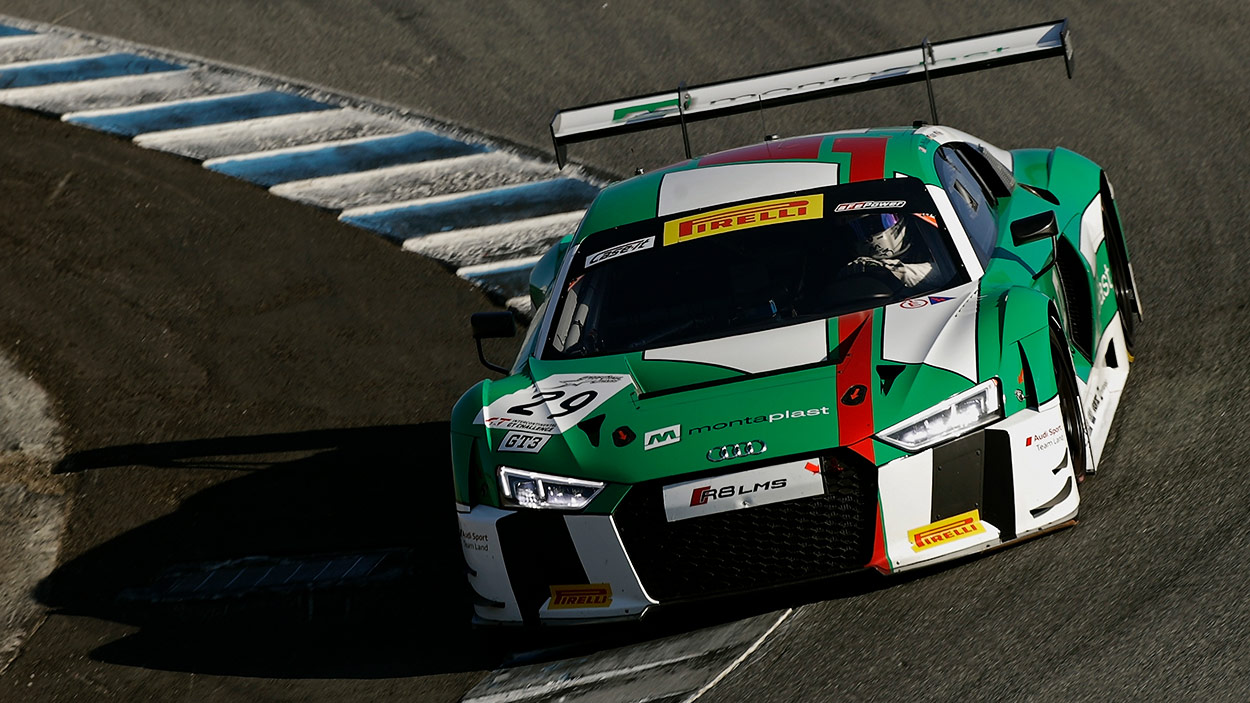 From the Eifel Mountains back across the Atlantic: Following the final round of the VLN season, MONTAPLAST by Land-Motorsport is returning to the States for the season finale of the Intercontinental GT Challenge at Laguna Seca. Christopher Mies, Christopher Haase and Kelvin van der Linde will be in charge of driving duties for the Audi R8 LMS GT3 at the eight-hour race.

Audi Sport Team Land has a clear mission for the weekend: fight for the win at Laguna Seca Raceway. Mies and Haase raced here in California in 2017, securing second place together with Connor De Phillippi. After dominating the Free Practice sessions, only a collision in the final third of the race prevented the trio from finishing on the top step of the podium. The team aims to go one better in 2018 and end the season on a high.

Featuring 33 cars, including 16 GT3 machines from six different manufacturers, the 2018 California 8 Hours is set to be a hard-fought race for Wolfgang and Christian Land’s crew. There are three championships up for grabs on the weekend of 26 to 28 October – among others the driver´s and manufacturer´s title. Christopher Haase is only 18 points behind the championship leader and still has a great chance at taking the win. Audi is also fighting for title honours in the manufacturers’ championship.

The Ingolstadt-based manufacturer has planned a special treat for the final race of the season, with all three of the R8 LMS cars competing in the race sporting special liveries. When side-by-side, the three cars depict the famous stars and stripes of the US flag. The design is set to be revealed at the race weekend.

The green flag will wave for the eight-hour race at 9:15 am local time (5:15 pm in Germany) on Sunday 28 October. Fans can follow all the action on the official live stream.