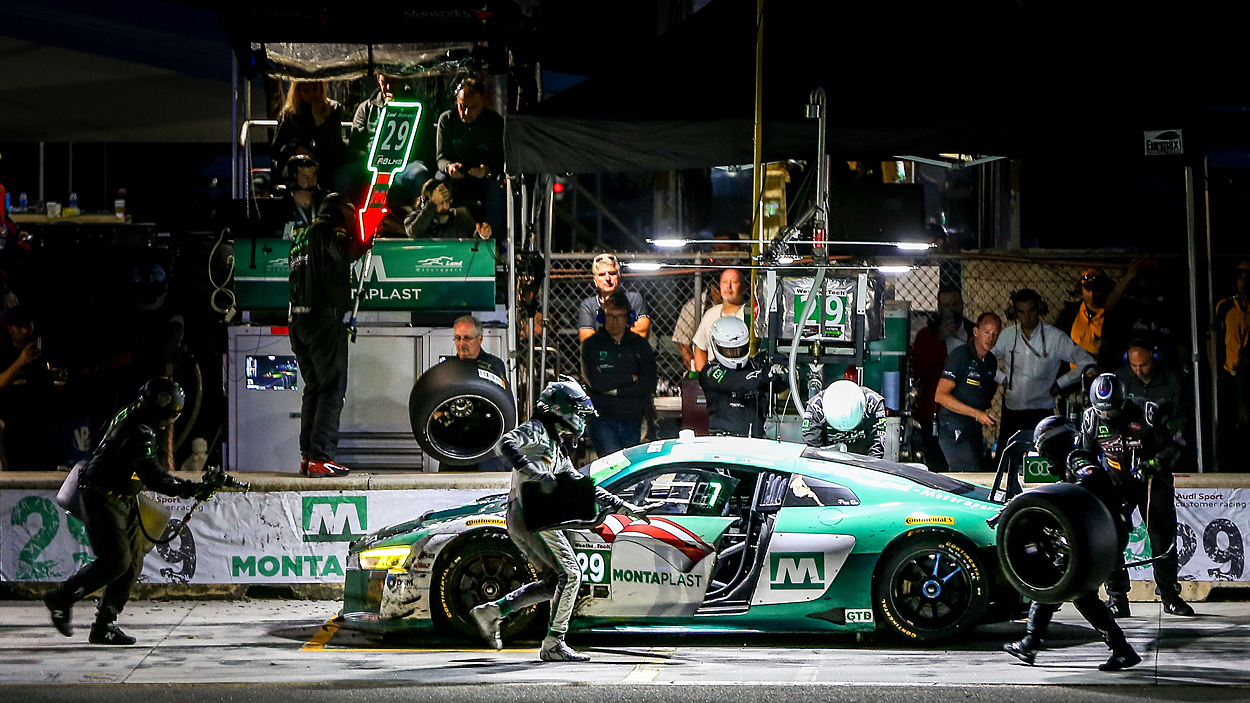 Joys and sorrows for MONTAPLAST by Land-Motorsport: In the fight for victory in one of North America’s most prestigious endurance races, tyre damage repeatedly threw the team back. However, despite all setbacks, the drivers delivered an impressive chase and finally secured sixth place in the GTD class.

“We could have scored a victory, but luck wasn’t on our side”, team manager Christian Land concluded. “At first, the whole weekend proceeded as planned. We ran through our test programme without any hitches and were optimally prepared for the race, but in the end, the tyre problems dashed all our chances of winning.” Initially, the race too indicated a repeat of the previous year’s win and the Land trio was immediately up front fighting for top positions in the GTD class. “Unfortunately, after four hours, three tyre problems cropped up within a very short period. And each time it was the left rear tyre”, Christian Lind explained. “As we then lost a lot of vital time and the car was also damaged, we dropped back three laps.”

The Audi R8 LMS, specially provided with a “Stars & Stripes” design for the Road Atlanta race, crossed the finish line in sixth place, despite all the setbacks. “Sixth place’s the result of a powerful chase by Christopher, Sheldon and Daniel, who all did a great job. In short, we’ve proved that we rank amongst the fast runners and had a realistic chance of winning – and that’s the most important point”, said Land.

After the race in the State of Georgia, things continue to the US west coast: MONTAPLAST by Land-Motorsport will be competing from 26 to 28 October in the Intercontinental GT Challenge finale in Laguna Seca, California.