Montaplast by Land Motorsport – 2018 in retrospect 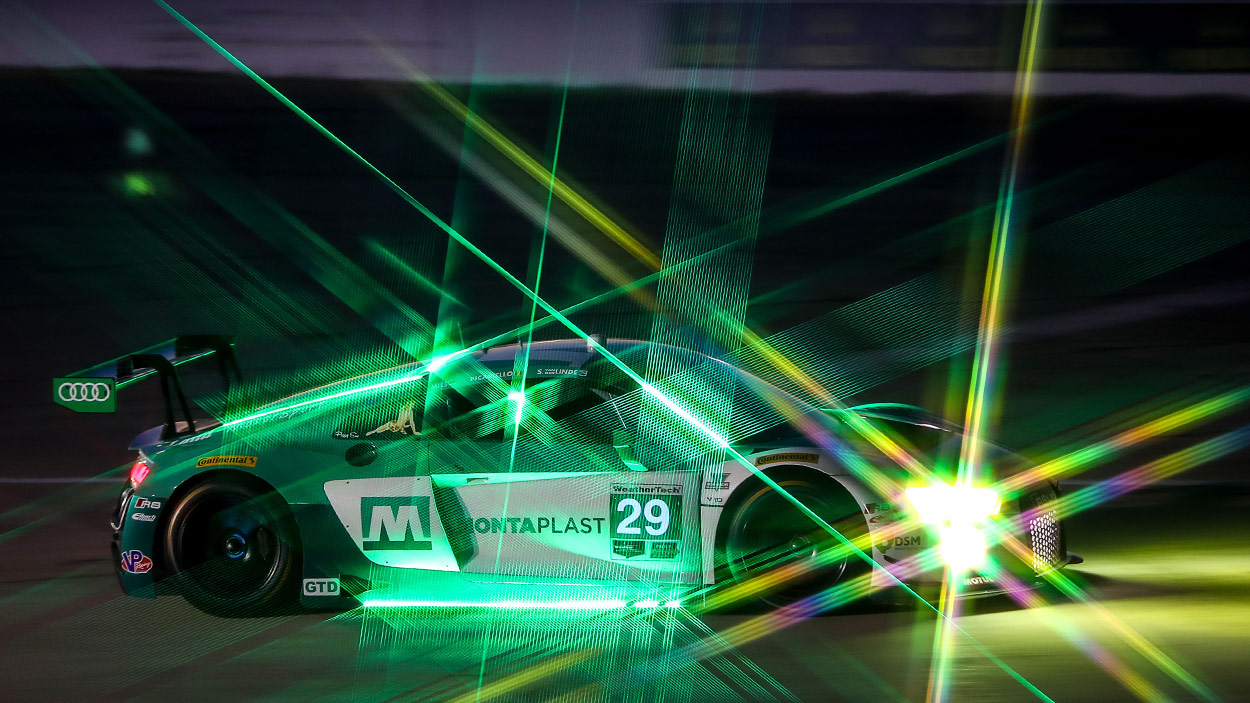 Wolfgang and Christian Land’s MONTAPLAST by Land-Motorsport crew looks back on a successful season in five different race series and three 24-hour races, where they celebrated numerous wins, podiums and pole positions.

As in previous years, the ADAC GT Masters was one of the team’s most important race series and with two cars the goal was clearly defined – fighting for the title. And impressively so! The brothers Kelvin and Sheldon van der Linde battled for the trophy up until the very last round and missed winning it in the final race by just one single point. However the powerful performance didn’t go unrewarded and the South Africans’ consistent achievement in the Audi # 28 with two race victories, enabled Sheldon van der Linde to win the vice championship and also the Junior category. The Audi team’s most successful races were by far the two starts in the Intercontinental GT Challenge. The trio consisting of Jeffrey Schmidt, Kelvin and Sheldon van der Linde secured a podium with third place in the Spa 24 Hours and was best-placed Audi as a result. Things went even better in the Laguna Seca finale after a perfect qualifying, when Christopher Mies, Christopher Haase and Kelvin van der Linde started from pole position into the eight-hour race and finally crossed the finish line in first place, despite several setbacks. A very important contribution to Audi’s title win! In addition to the Laguna Seca 8 Hours, there were further performances scheduled in the US: MONTAPLAST by Land-Motorsport competed in all four North American Endurance Cup races. The team took part in the Daytona 24 Hours, the 12 Hours of Sebring, the Watkins Glen race and the prestigious Petit Le Mans. The third 24-hour race was the legendary chase through the ‘Green Hell’. After the 2017 win, the squad yet again faced this year’s challenge of one of the calendar’s toughest endurance races. The titleholders delivered an awesome performance, replaced the transmission in record time during the Sunday morning race interruption and after a rain-soaked battle, saw the chequered flag in sixth place, which meant best Audi team in the final classification. And to close the season, the team was offered the privilege of testing the new Audi R8 LMS GT3 generation in the last VLN race, at the same time, also laying the foundations for a successful 2019 season, where it will be fighting again for wins and titles.

“We’re looking back at big achievements in an exciting season”, says Wolfgang Land. “At times, we were definitely lacking that certain ounce of luck, but many thanks go to our partner MONTAPLAST, our entire crew and our fans who all gave us such strong support throughout the whole year.”