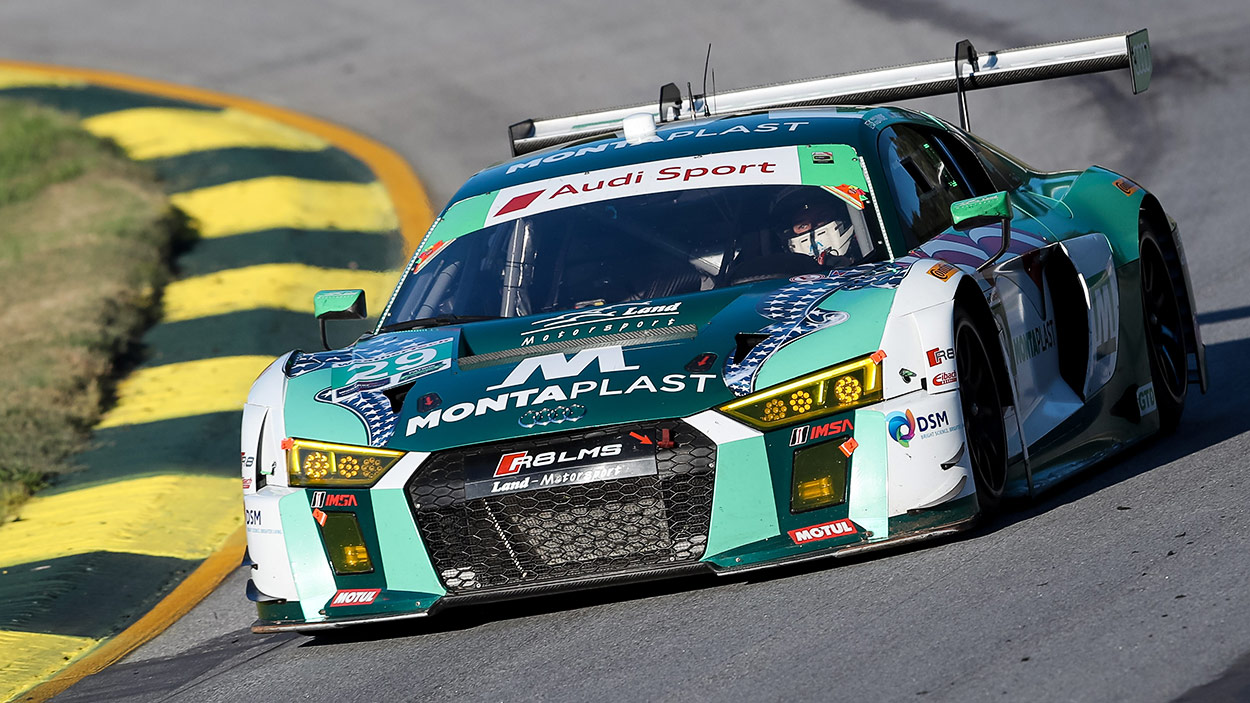 Preparations for the 2019 season are already in full swing for MONTAPLAST by Land-Motorsport. The Niederdreisbach-based team will be competing at the Rolex 24 at Daytona from 25 to 27 January, entering a Audi R8 LMS GT3 driven by Christopher Mies, Dries Vanthoor, Ricardo Feller and Daniel Morad.

The Rolex 24 at Daytona is the traditional curtain-raiser to the IMSA WeatherTech SportsCar Championship. MONTAPLAST by Land-Motorsport has raced at Daytona for the past two years, finishing second in the GTD class in 2017.

The endurance classic in the US Sunshine State is also part of the North American Endurance Cup, which includes other endurance races in Sebring and Watkins Glen, as well as the season finale at Petit Le Mans.

“We are confident going in to our first race of 2019,” says Christian Land. “Given our extensive preparations for this race and the strong driver line-up, we want to be fighting for victory in Florida. We have successfully shown our potential around the Daytona International Speedway on several occasions in the past.”

The first tyre test for the MONTAPLAST by Land-Motorsport crew took place on 11 December, with Mies and Feller handling driving duties. Next season the team will be running on Michelin rubber, and so two further private tests are planned in Daytona with the trio of Vanthoor, Feller and Morad on 15 and 16 December.