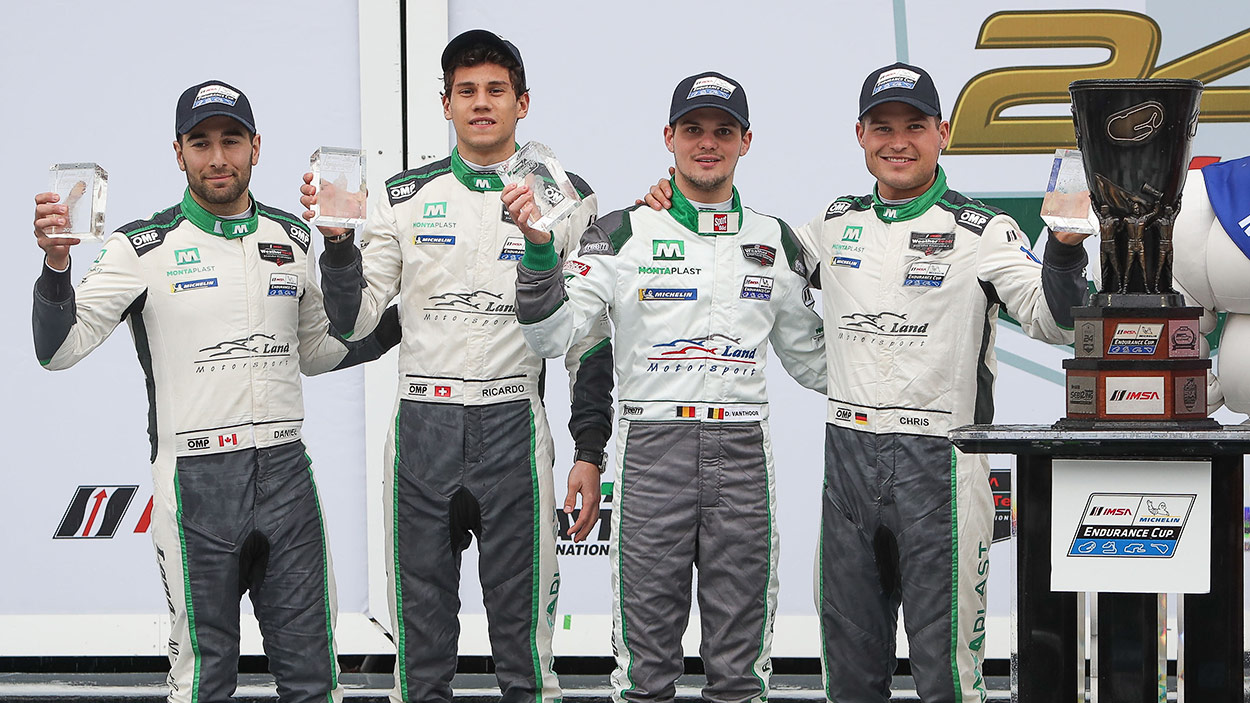 MONTAPLAST by Land-Motorsport put on a strong performance at Daytona in spite of horrendous weather conditions in Florida: second-place in a curious and above all wet Rolex 24 at Daytona.

The 2019 running of the endurance classic at the Daytona International Speedway couldn’t have been more unusual. After a number of stoppages and full-course yellow periods, the race was red-flagged two hours before the end due to the severe rain. However, the MONTAPLAST by Land-Motorsport foursome of Christopher Mies, Daniel Morad, Dries Vanthoor and Ricardo Feller kept their heads to end the race in second place in the GTD class. In a repeat of 2017, the team headed by Wolfgang and Christian Land missed out on victory by only a handful of seconds. The early stages of the race passed without major incident for the MONTAPLAST crew. Starting from 15th on the grid, the starting driver Daniel Morad worked his way through the field and was able to hand over the car to Christopher Mies. The German continued the fight and rose to first place in class midway through his stint. Rain swept over the Daytona International Speedway after 14 hours of the race, but Ricardo Feller put in an excellent performance to retain the MONTAPLAST by Land-Motorsport’s position. However, the track then became so wet that standing water gathered on the surface, causing a large number of collisions and other incidents and rendering any wheel-to-wheel battling practically impossible. “The conditions during the race were incredibly tough for all of us,” said Christian Land, summing up the team’s performance. “So I think we can be very happy with the result and to take home second place. On the other hand, I am a disappointed that we couldn’t reward the team with victory for all the hard work we put in. We were extremely close to winning the 24 Hours of Daytona, as we were in 2017. Looks like we’ll have to come back in 2020 to try again!”