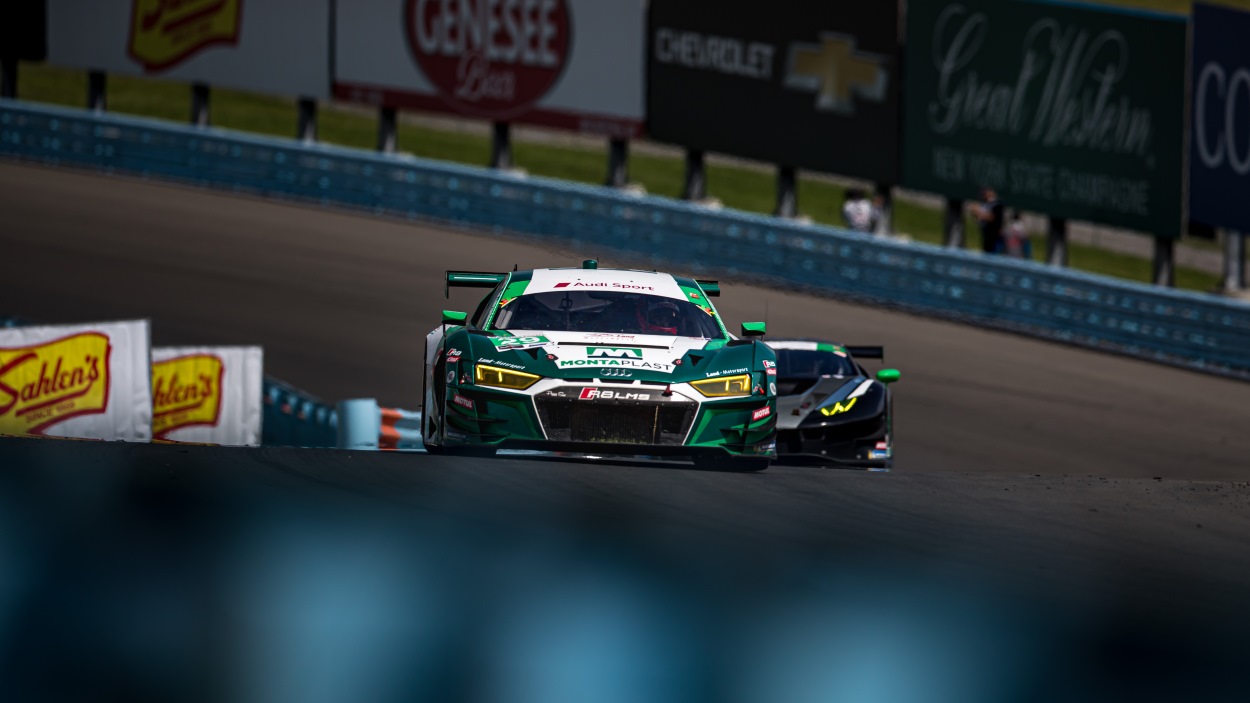 Perfect pit stops, quick drivers and a promising strategy – MONTAPLAST by Land-Motorsport had all the necessary ingredients for a top result at the Sahlen’s Six Hours of The Glen. All that was missing was that little bit of Lady Luck in the closing stages.

“There is always disappointment in racing – it’s a part of the sport,” said Team Manager Christian Land. “This time it was particularly gutting for our team. Everything was running in harmony and I think we were capable of getting at least a podium.”

The opening stages of the race went like a dream for Christopher Mies, Daniel Morad and Ricardo Feller. “We started really well in the early stages and at points were the quickest GTD car in the field,” Feller said. “This put us in an excellent position going into the final hour.”

The MONTAPLAST trio were in a promising position as the race came to a conclusion, but a full-course yellow phase just a couple of laps before the chequered flag cost the team badly on strategy. Christopher Mies, who was driving the Audi R8 LMS GT3 at the time, lost multiple positions and crossed the finish line in eighth position.

“We have to take the positives out of the weekend,” Christian Land said. “We underlined our standing as one of the top teams in the IMSA WeatherTech SportsCar Championship and I think we can travel to the next race with our heads held high.”