From the Eifel to the USA 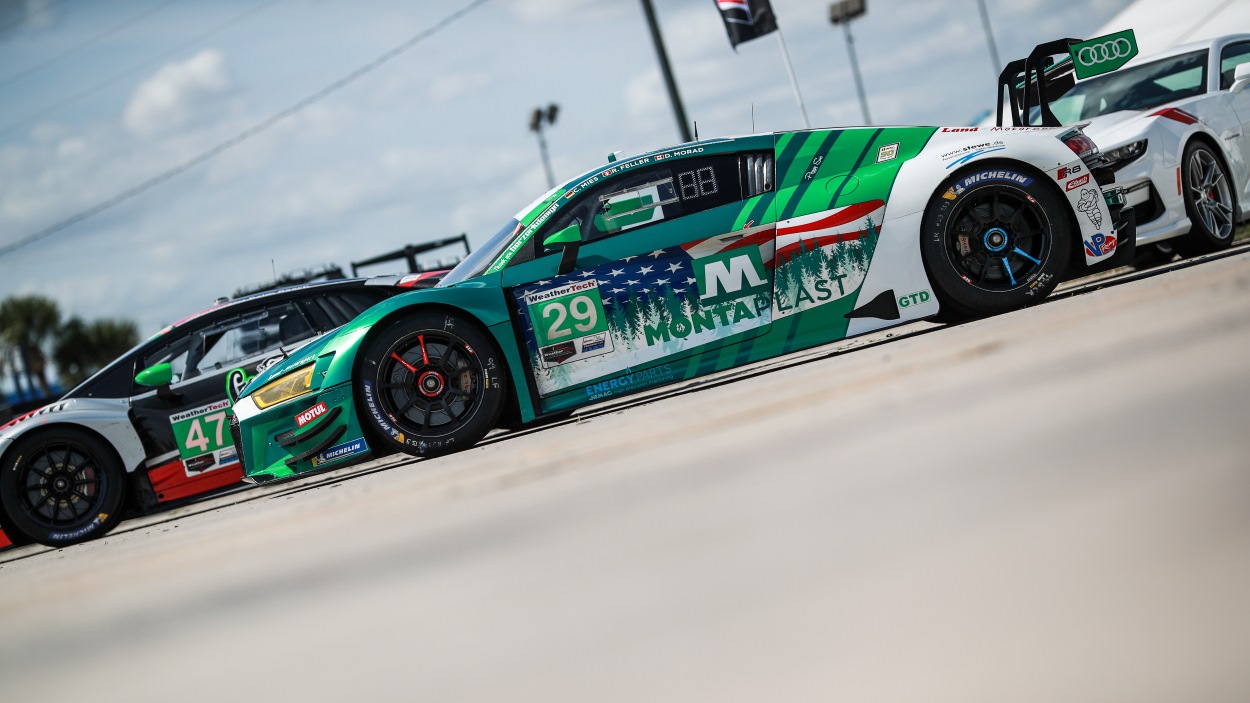 MONTAPLAST by Land-Motorsport won’t be taking a break as they head to their next race after having a more than nerve-racking weekend at the Nürburgring. Just a few days after the 24-hour race, the team is back in the USA for the IMSA WeatherTech SportsCar Championship – a logistical challenge that needs to be perfectly planned!

A total of eight team members that were working at the Nürburgring will be traveling to Watkins Glen for the IMSA race. After dismantling everything from the “Green Hell” on Monday, the group has to repack and head to the airport on Wednesday. The first flight takes them to Washington, and from there they will fly directly to an airport near the race track.

The preparation for the Sahlen’s Six Hours of The Glen will begin as soon as the team arrives, however they are not completely on their own. Peter Baron’s crew is waiting in America to help coordinate MONTAPLAST by Land-Motorsport’s setup. Important parts of the infrastructure are already on site and will be laid out before Thursday – like the tanker and semi-trailer. The Audi R8 LMS GT3 #29 was also prepared before the race at the workshop in Deerfield Beach, Florida. The team completed a test at the Glen a few weeks prior.

“Of course racing in both Europe and the USA involves a lot of organization and planning. We need to coordinate things between our individual parties. Without the close cooperation from our partners in America, having these two races back to back would be almost impossible,” explains team manager Christian Land.

The racing action will begin on Friday with the first training sessions. This is when all the preparations will be made and Christopher Mies, Daniel Morad, and Ricardo Feller will take the wheel of the MONTAPLAST-Audi. Of course the crew will have their hands full constantly trying to perfect the car in order to prepare for the 6-hour race.

At the end of the race, around 15:45 local time, it’s time for part of the team to pack up as the European crew boards the plane at half past seven to fly back to Europe. There is no down time, as the next race for MONTAPLAST by Land-Motorsports is already waiting for them.