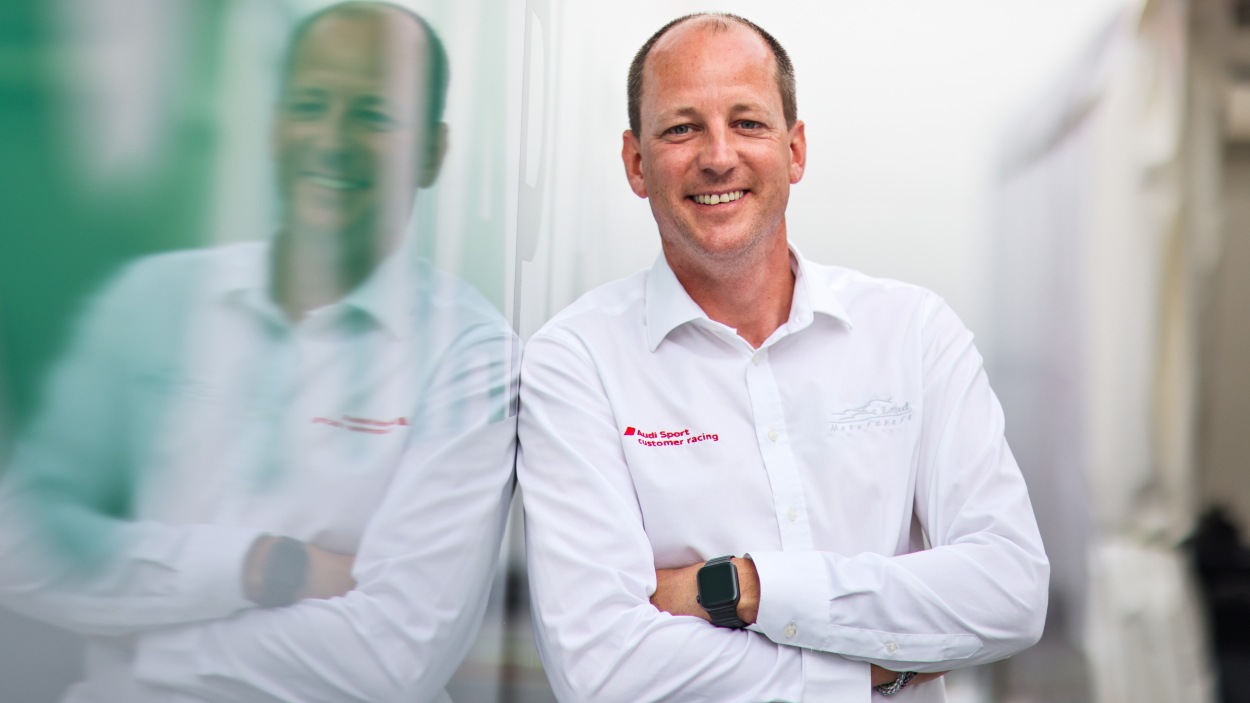 He’s the Team Manager and he holds all the reins. But what exactly does that mean? Christian Land talks about his tasks and the challenges involved, when leading a team such as MONTAPLAST by Land-Motorsport.

How would you describe your role at Land-Motorsport?

As a Team Manager, I’m responsible for all operations on the racetrack – no matter whether they are part of races or tests. In addition, this involves communication with the mechanics, drivers, engineers as well as test planning. It’s important to keep the troop together. It’s not easy to sum this all up in a few sentences, but to be brief, I make sure that everything in the operational system works.

Motorsport is team sport – that goes without saying. What are the biggest challenges when leading a team?

Keeping the team in good spirits, I’d say. Of course, it’s not always easy to bring everyone together if you’re on the road with so many people. We focus on being there for each other and when we talk about Land-Motorsport being a big family, then we mean it. Land-Motorsport is a big family that works together and stays together. Needless to say, sometimes there are complications and then it’s necessary to intervene and get certain things moving in the right direction. But we have a really fantastic squad and I’m incredibly proud of how we function as a team.

The ADAC GT Masters season is coming to a close and the title fight is entering the hot phase. What effect does that have on the crew?

We’re leading the championship standings by two points, so nothing is decided yet. Of course, we’re proud to be where we are and hope very much to keep it like that till the last race. As far as the crew is concerned, they’ve been extremely focused all year and are steadily working towards the ultimate goal. Especially in the last days and weeks, I feel everyone’s working even closer together. Small details from the tests and preparations are processed again – nothing is left to chance. Obviously, there’s tension and nerves are on edge, but that’s part of the job. However, nobody’s going crazy. On the contrary, we’re all working in a focused and professional way towards our goal, which is to bring the 2021 championship to the Westerwald again.