To Sebring with Feller, Mies and Morad 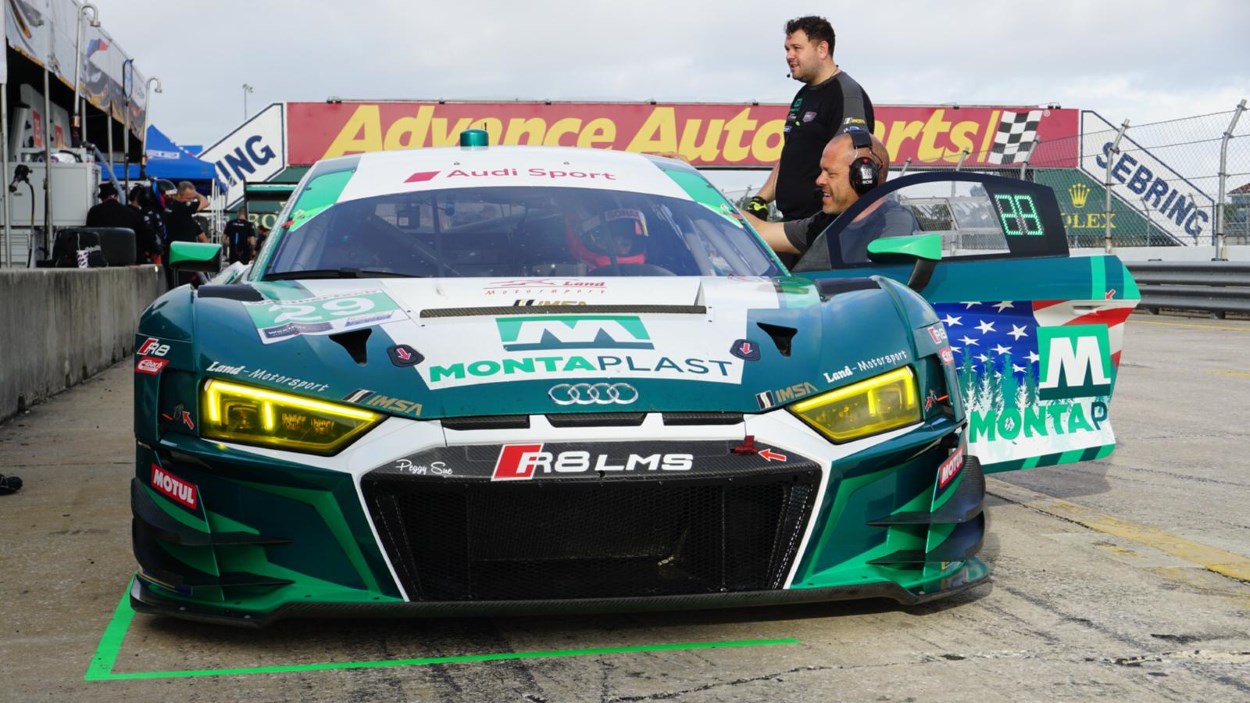 MONTAPLAST by Land-Motorsport is set to take on the second round of the Michelin North Endurance Cup following the season-opener at Daytona. Ricard Feller, Christopher Mies and Daniel Morad will be competing at the 12 Hours of Sebring from 13 to 16 March.

The Feller/Morad/Mies crew is the same driver line-up that drove the #29 Audi R8 LMS at the first round of the IMSA WeatherTech SportsCar Championship, along with teammate Dries Vanthoor, who won’t be present in Sebring.

The Niederdreisbach-based squad travelled over to the States at the end of February to prepare for the 67th running of the twelve-hour classic. A two-day test was held on 21 and 22 February at Sebring International Raceway to help teams get up to speed.

“We had a good test at Sebring,” said Team Manager Christian Land. “We put in a lot of laps and did quite a few long runs. We are lacking a little in top speed at the moment, so we need to take a look at the data and put together the best set-up for the upcoming race.”

The race in the US state of Florida is considered one of the most prestigious on the endurance calendar. The team took part in 2017 and 2018, and only just missed out on a podium in the GTD class on their debut after finishing fourth. The team was also in the fight for a podium one year later, but once again could only finish fourth. MONTAPLAST by Land-Motorsport will be aiming to put the disappointment behind them and finish on the rostrum in 2019.